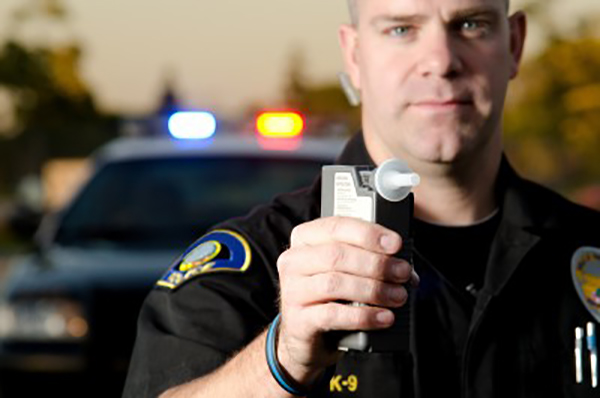 About DUI Defense in California

In the state of California, anyone who drives or operates a motor vehicle while under the influence of drugs or alcohol can be arrested and taken into custody on DUI charges. Under state law, an adult person is considered too intoxicated to be driving a vehicle if their blood alcohol concentration is at or above .08%. It is illegal for individuals under the age of 21 to drive with a blood alcohol concentration of .01% or higher. Pride Legal’s network of experienced, LGBT-friendly DUI Defense Attorneys will get you the justice you deserve.

Although California’s toughest laws are directed towards people who drink and drive, this does not make their cases undisputable. In order to be convicted of a DUI, a lawyer must successfully prove you were driving an automobile and while under the influence of drugs or alcohol. However,

Elements of DUI in California

For more information about DUI’s in California, click here.

Know Your Rights About DUI

When pulled over or at a traffic stop:

1. Be polite and respectful.

2. Do not make any sudden movements.

Officers are trained to be extremely cautious. When an officer is approaching your vehicle, place both hands on the steering wheel. Do not reach for your license and registration before informing the officer that you are doing so. If you do, the officer may be under the impression that you are reaching for a weapon and will respond accordingly.

3. Do not answer any potentially incriminating questions, but do not lie.

Getting pulled over can give you anxiety, and police officers capitalize upon that anxiety. Understand that you DO need to give your name, license, registration, and insurance information to the officer, but you are not obligated to answer questions such as “Have you been drinking tonight?”. If the officer asks this, simply respond “I’m sorry officer, but I would not like to answer any questions”.

If you are going to answer the question, do not lie. Lying is the last thing you want to do to an officer. Your best option is to not say anything at all.

You are not obligated to perform a field sobriety test. Field sobriety tests are extremely useful tools the officer can use against you. Although refusing one can result in a suspension of your driver’s license, taking one can land you in jail for up to 6 months if you are found to be intoxicated.

Roadside breathalyzers are notoriously unreliable. If you refuse a breathalyzer test, your license will most certainly be suspended, but this is a much less severe punishment than going to jail. Refuse to blow while on the road, but do not refuse to blow if you are in the station. This may lead to you being charged with resisting arrest.

6. When asked to take a chemical test while in police custody, take a breath test, not a blood test.

Because breath tests are much more unreliable than blood tests, take a breath test once inside of the police station. Because they often lack reliability, your lawyer may have an effective argument in attacking your test’s validity in court.

7. Once released, document everything you remember from your arrest.

Writing notes about your arrest makes you and your lawyer’s case a lot stronger. Because these memories are fresh in your head, write them down as soon as you can.

You should document details such as:

-the type and amount of alcohol you consumed

-the location where you pulled over

-the officer’s behavior and his given instructions

-your behavior and responses toward the officer

-if you had been read your Miranda rights

To protect your rights, hire someone who understands them. If you have been arrested or charged with DUI, it is important to obtain proper legal representation to increase your chances of avoiding a conviction and a number of unpleasant legal penalties, such as driver’s license suspension, probation, community service, legal fines, impoundment on your vehicle, alcohol classes, and time served in county jail. Judges and prosecutors throughout Los Angeles take drunk driving cases extremely seriously, so having a knowledgeable legal advocate on your side throughout the DUI process will put you at a great advantage. Not only can a DUI lawyer ensure your legal rights were not violated during the initial arrest, but an attorney can also contest evidence, challenge the prosecution’s arguments, and present a strong and compelling defense on your behalf.

At Pride Legal, we can help you find an LGBT DUI defense attorney to help you with your case. All of the DUI lawyers in our network are committed to helping their clients overcome their charges and are willing to do whatever it takes to ensure their clients’ cases end in the best possible outcome. Although we specifically cater to the gay and lesbian community in Los Angeles, our member attorneys also offer professional services to all other communities.

Read here about California SR22 Laws and how they could help you.

For a free consultation with one of the attorneys in our trusted network, Contact a California Gay and Lesbian DUI Defense Lawyer through Pride Legal today!