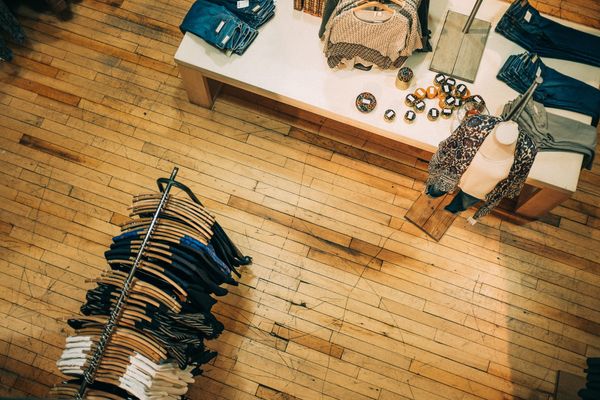 It’s a common sight to see at restaurants, bars, or hotels, a sign that states “No shoes = No service,” or a new sign popping up, “No mask = No service.” But what do these signs really mean? What are the legalities behind them, and what is the law giving businesses the right to refuse service? The Unruh Civil Rights Act requires all businesses to host all people, and cannot be discriminated against under the Civil Rights Act of 1964 which includes race, gender, religion, or sexual preference. The Unruh Act covers more than just these basics. Here’s what you need to know about the Unruh Act and the right to refuse service.

What exactly is the right to refuse?

The Unruh Act is extended to businesses such as retail stores, hotels, bars, hospitals, nonprofits that are public accommodation, and beauty salons. For example, Shaun goes out with a few female friends to a night out to a club. Upon entry into the club, Shaun realizes that he’s being charged more for drinks compared to his female friends. The club would be acting illegally charging men more for drinks compared to females. Another quick example is a hotel or motel charging a service fee or cleaning fee to people of a certain race or skin color. Under the Unruh Act, businesses cannot discriminate and/or charge more money to people of a different color or gender.

When can a business legally refuse service?

It’s still important to remember that the Unruh Act applies to discrimination, not when people are acting irrationally, or are breaking set rules. For example, Alex owns a high-end restaurant that caters to wealthier people. Alex likes to have his restaurant looking nice, so he implements a dress code when entering the restaurant that includes formal clothes. If a person shows up wearing sweatpants and a hoodie, Alex would have every right to turn this person away. How Alex handles the situation is key in situations such as these. It’s important to not embarrass the customer and to tell them nicely that they would not be able unless they change their clothes to the proper attire. What Alex can’t do in these situations is to allow groups of certain colored people that aren’t wearing the right attire, but not other groups of people. If the restaurant has a dress code or any rule, that rule must be extended to all groups of people, with no exceptions.

Customers who are acting irate or ruining the atmosphere of the restaurant could legally be kicked out. If a customer is verbally abusing or threatening customers or employees, a business has every right to kick them out. If the person is acting within their physical capacity, they cannot be kicked out. This statute applies to customers with disabilities, not customers who are intoxicated or off drugs and cannot control themselves.

People often think about the infamous ‘cake incident’ where a gay couple had been denied a cake. There are two separate cases of this, and two different outcomes. In one circumstance, the couple had asked the baker to write derogatory words on the cake. The baker denied baking the cake due to the words they requested, and the couple filed suit. The court found in favor of the baker, as the baker had set a precedent before denying to bake cakes due to the language requested to be put onto it. In another instance, a baker simply did not want to bake a cake for a gay couple because he believed that it went against his religious beliefs. The baker, in this case, had been acting illegally due to the fact that he was discriminating against people against their sexual preference, and would be setting precedent for discrimination for other cases.

How can business owners protect themselves from discrimination claims?

When refusing service to a customer, it’s always best to treat them with respect and to explain to them why you have the right to refuse service. Keep the customer happy, state to them that you understand their concern, or how this could be an inconvenience to them. In some circumstances, an apology could help the situation if an apology was necessary in the first place. When dealing with an angry or rude customer, it’s important to remain calm and to try your best to deescalate the situation. The statute of limitations for an Unruh discrimination claim is 1 year from the date of the incident.

If you or a loved one has been involved in an Unruh discrimination claim, we invite you to contact us at Pride Legal for legal counseling or any further questions. To protect your rights, hire someone who understands them.