Do you need an attorney experienced in Prostitution Defensecases? 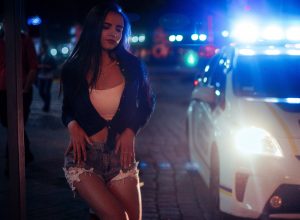 Do You Need Help Defending Yourself Against Prostitution Charges?

LGBT individuals are often the targets of strict prostitution and solicitation laws in California. If you have been charged with prostitution or solicitation, contact Pride Legal’s network of Prostitution Defense Attorneys today.

California law defines prostitution as the exchange of money or any other form of compensation. Considered to be “the world’s oldest profession”, prostitution is a common but serious crime under California law. Its legality is often a topic of debate and controversy.

No matter your views on sex workers and sex for money, the legal system in California and most of the country still views prostitution as an illegal act. Despite popular misconceptions, prostitution is considered a misdemeanor in the United States, excluding a handful of counties in the State of Nevada. In almost all instances, the exchange of money or anything of monetary value, including drugs, for sexual services is illegal. Soliciting prostitution, or offering services or soliciting money in exchange for a sexual act is illicit as well. The prostitute is charged for offering sexual services for money, while the client is charged for solicitation of sexual services for money. In both cases, the prostitute and the client will face serious repercussions.

It is quite difficult to identify prostitutes and their clients, which results in the use of sting operations by law enforcement. In other words, an undercover police conducts a deceptive scheme designed to catch the prostitute and his or her clients.

Because charges of prostitution are often publicized in society, it is crucial to encounter claims of prostitution head on. The last thing you want is for a sex crime to damage your reputation. Often, you may lose your job if it requires a professional license or security clearance.

Elements of Prostitution in California

Under California Penal Code 647, the following elements are necessary to prove prostitution:

Legal Penalties of Prostitution in California

Additional damage caused by a prostitution charge can include:

However, in order for a defendant to be prosecuted of engaging in prostitution, the prosecutor must be able to verify that the defendant did in fact partake in sexual intercourse or sexual services in exchange for money, or something of monetary value. There are many effective legal defenses that can be utilized in order for you to get a reduction of charges, some of which include entrapment, inadequate evidence, lack of proof, and if it were an accident. The crime itself is quite intimidating and often leaves those involved ashamed to defend themselves. However, the prostitution defense attorneys at Pride Legal are free of judgment and will successfully and thoroughly defend your case.

If you are a sex worker, it is imperative for you to know your rights.

Pride Legal Can Help You with Experienced Prostitution Defense Attorneys

If you or a loved one has been charged in a prostitution or solicitation case, one of our LGBT and LGBT-friendly Prostitution Defense Attorneys at Pride Legal will diligently work to have the charges dismissed or lowered. Pride Legal will not only actively defend you; we will also listen to you free of judgment or discrimination. We understand the seriousness of a sex crime such as prostitution or solicitation, and that sometimes individuals are wrongly held responsible for this type of act. Our LGBT Prostitution Defense Attorneys will investigate and confront every aspect of the accusation head on because the most important thing to us is your freedom and reputation.

If you or a loved one has been charged with prostitution, we invite you to contact us at Pride Legal for legal counseling or any further questions. To protect your rights, hire someone who understands them.