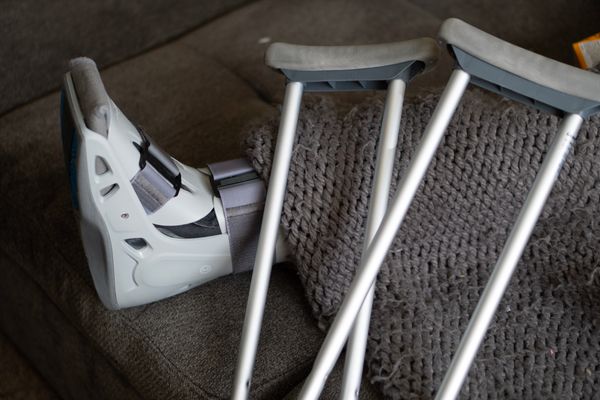 Slip and Fall Claim In California | How Much Can I Make?

Slip and fall accidents can have disastrous effects on one’s life. These effects can be temporary or permanent, but it is important to know your rights and the liability that comes with a slip and fall accident. Slip and fall liability and claim information is laid out under California tort laws 1000, 1003, 1011, and 1100. These Civil Jury Codes define the claims you can file to show another party was liable for the injury and damages suffered. A claim can be filed against anyone, including the owners of public property or private property.

How to File a Slip and Fall Claim

There are two basic ways to file a slip and fall claim in California. The first is through a property’s insurer. For instance, John is browsing cars in a dealership. He slips on the freshly cleaned floor as he enters and breaks his arm. If the owner did not take due care to warn John, through a wet floor sign or employee, the owner would be deemed negligent for the accident. John could then file a personal injury claim with the insurance company by speaking with the owner or by calling the insurer.

The second way to file a claim is through the court. In the situation above, John would need to file a personal injury suit against the property owner. This claim could be brought up against a person or any property. Even if the business owner does not own the property, perhaps they are renting a space, they are liable because they are in control of its environment.

Related: Click here for our articles on Personal Injury!

What Do I Need to Prove in a Slip and Fall Claim?

For example, a dealership allows people, such as John, to enter and browse. By allowing people into the business and around the premises, the dealership has a duty of care to anyone there. John enters and slips upon the wet floor. When he entered, he did not see a wet floor sign nor was he informed that the floor was wet by an employee. Since there was no care taken to warn John of the dangerous conditions that caused him to slip, the owner of the dealership has failed to uphold his duty of care. The proximate cause of the accident was the wet floor that John unknowingly slipped on. Note, if John entered the building with the intent to slip on the floor, the court could throw out the case, or you could be liable for fraud.

Related: Click here for our article on How to Defend Against Personal Injury Claims!

What is the Statute of Limitations on a Slip and Fall Claim?

The California statute of limitations for a slip and fall claim is six months, two bears, or three years based on the situation. If you are seeking compensation for bodily injury, the statute is two years under California civil code 335.1. This section falls under the larger section of general bodily injury claims. If you are filing a claim against a government entity, such as a city, county, or California state government agency, the statute of limitations is six months from the incident. If you are seeking payment for repairs or replacement of property damage, you will have three years to file your case under code 338. While the court process may exceed the statute, you must file before the above time has passed.

How Much Can I Make From a Slip and Fall Claim?

You can make lost wages, medical bills, expenses, and even hardships incurred by a slip and fall accident back through a suit. The amount is determined in one of two ways. The first is outright in which the insurance or owner pays for all incurred expenses due to the injury. The second is done through a process similar to car insurance determinations called comparative negligence. In this process, the jury will determine what percentage of fault each party holds. Say John saw an employee mopping before he entered the dealership. When he enters, slips then suffers an injury his case goes to court. After reviewing the footage of John seeing the mopping in progress, the jury decides John had some fault in the accident, but the owner could have done better at upholding his duty to care. Therefore, the jury decides that John will be awarded 80% of his claim because the owner was 80% at fault, and John was 20% at fault.

If you or a loved one has been involved in a slip and fall, we invite you to contact us at Pride Legal for legal counseling or any further questions. To protect your rights, hire someone who understands them.