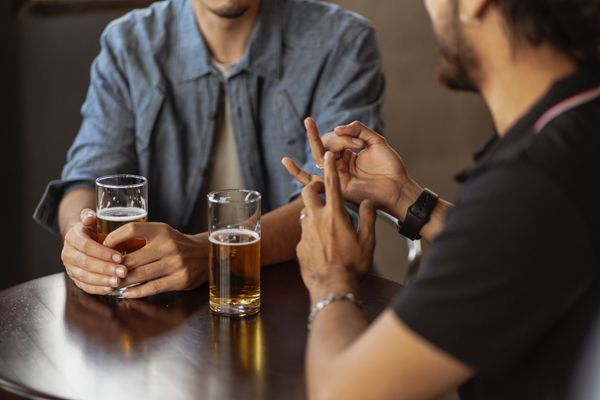 How Can I Expunge My DUI? | California DUI Expungement

Every 52 minutes, about 28 people die per day due to drunk-driving accidents. Driving under the influence, or DUI, is an offense given to individuals who operate a vehicle while under the influence of drugs or alcohol. Under California law, all drivers are prohibited from driving if they have a BAC or blood alcohol concentration of 0.8% or greater. Moreover, the state of California has a “zero-tolerance” law, meaning that drivers under the age of 21 have an even lower blood alcohol concentration of only 0.1% or more. Getting a DUI expungement is not an easy task without the proper legal knowledge and help.

Can I Expunge My DUI?

Under Penal Code 1203.4 PC, individuals in California can expunge their DUI by either withdrawing their plea of guilty or no contest. Once an individual makes a petition to the court, a judge will look over the petition and decide whether a person is qualified for a DUI expungement. Consequently, after a case has been expunged, it will be dismissed by the court.

An expungement is a legal process to destroy or seal a criminal conviction from a state for the federal record. Hence, in the court’s perspective, once a conviction has been “expunged” it will be deemed as it has never occurred. Moreover, an individual’s conviction will be removed from criminal and public records. Therefore, employers may not raise the DUI as an exemption against hiring employees.

Anyone who is convicted of a misdemeanor or felony in the state of California is permitted to get their conviction expunged. Generally, individuals must have completed probation for the offense and the individual. However, a person will be disqualified for an expungement if they were required to serve time for their offense.

Convicted felons generally have a difficult time getting applying to jobs. Employers often turn the other way when dealing with employees with a criminal record. However, individuals who expunge their DUI convictions may gain benefits from having the ability to secure employment. Since the expungement of a conviction will deem a conviction as never occurred, employers may not use an expunged DUI conviction as a ground for not hiring an employee.

Additionally, California employment laws contain a “ban the box” law, which restrains employees from inquiring about job applicants’ criminal history before a conditional offer of employment has been made. The law further protects individuals that are seeking employment by prohibiting employers from denying an applicant without making an individualized assessment.

Is a DUI a Felony?

DUIs are generally a misdemeanor offense. However, in some cases, it can be considered a felony. In California, DUI’s can be charged as a felony under three circumstances;

DUIs in California are known as “priorable offenses”. What this means is that individuals will receive a harder penalty each time they are convicted of the offense. Hence, California law states that if an individual has more than three DUI convictions under the last ten years, and is charged with an additional DUI arrest, they will likely be charged with a felony DUI.

When the defendant had a DUI conviction in the past

Second, if an individual has committed any DUI offense in the past or even a minor drunk driving incident, individuals will possibly be charged with a felony.

When the accident resulted in a bodily injury or death

California law can charge driver criminal charges when a driver’s operation of a vehicle caused an accident to result in a bodily injury or death either because they were driving under the influence or in a negligent manner in three ways;

Driving while intoxicated, or DWI, can be comparable to a DUI. Both charges indicate that an offense that has been committed while impaired under the influence of drugs and or alcohol. Depending on the jurisdiction of each state, the difference between a DUI and DWI is the type of criminal charge. This means that in some states DUI and DWI are viewed as separate crimes. Usually, harsher penalties are given towards DWI offenses because the evidence required to convict a defendant of a DWI charge is harder to produce. DUIs typically use a lesser degree of impairment for the determination of the BAC levels. On the other hand, DWI offenses require actual evidence that the driver was intoxicated while driving.

Some states adopt a “Zero Tolerance” policy. Essentially, this policy makes no differentiation between a DUI and a DWI. Hence, zero-tolerance states dictate individuals having BAC over the state limit will be found guilty.

California law uses DUI as the general term. However, an individual may be convicted of either a DUI or a DWI in court depending on the evidence that is used as the ground for the conviction.

What are DUI/DWI Penalties?

Regardless of the jurisdiction, DUI and DWI is a serious offense with severe consequences. Varying states will have varying sanctions. For instance, in most states, first-time drinking and driving offenses will likely apply. First-time offenses often and possibly include prison time, community service, fines, or even a suspension to a driver’s license. Second offenses will generally have a harsher penalty such as a minimum prison sentence.

In addition to DUI/DWI penalties, there are several factors that likely trigger additional penalties or punishment enhancements that are common in all states:

In California, DUI penalties often deal with aggravating and mitigating factors. Penalties to a DUI offense range and several factors assist judges in determining the suitable penalty for each case.

The first DUI conviction in California is deemed as a misdemeanor, where convicted individuals will likely be charged with the following penalties;

The second DUI conviction in California is deemed as a misdemeanor, where convicted individuals will likely be charged with the following penalties;

The third DUI conviction in California is deemed as a misdemeanor, where convicted individuals will likely be charged with the following penalties;

If you or a loved one has been seeking a DUI expungement, we invite you to contact us at Pride Legal for legal counseling or any further questions. To protect your rights, hire someone who understands them.