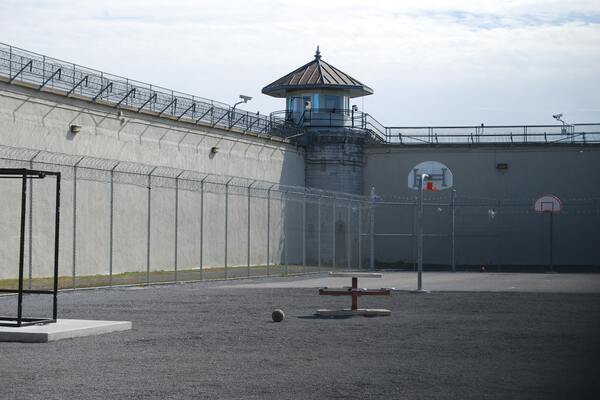 Prison is almost always a dangerous and stressful environment, with risks that include other inmates, guards, and the psychological strain of imprisonment. Gender identity exacerbates some of these issues, as more and more individuals seek to assert their gender identity when it conflicts with the rigid nature of prison. Gender identity is important because it determines whether to send an individual to a male or female correctional facility and access to specific medical care and treatment by the general population. This article seeks to address questions that may arise concerning gender identity and the Florida prison system.

Considerations Regarding Gender Identity In the Florida Prison System

Currently, the state defines gender in the Florida prison system as a social construct based on emotional and psychological characteristics used to classify an individual. Additionally, non-binary individuals are “gender variant,” which is an individual who chooses not to conform to societal gender norms associated with external genitalia. However, some federal rulings apply to the policies in the Florida Correctional Department. (Trigger warning: Some of the terms within this article are dated, and one may consider them expensive. It is our express purpose to provide educational material based on the state law as it is written and is in no way meant to be offensive.)

The law also distinguishes between transgender, transsexual, and transvestite peoples. According to Florida law, a Transgender is a person whose identity or behavior differs from traditional gender norms. The definition of transsexual aligns with most understandings of transgender is that a person has made a permanent identity as the opposite gender at birth. This category includes individuals who have chosen to undergo medical treatments (gender transition) and those who have not.

A committee determines inmate housing assignments. The transgender committee, or TC, determines an individual’s prison assignment. The TC meets with the inmate to determine their vulnerabilities within the general prison population and, from that point, makes recommendations regarding where the state should house the individual during their prison sentence. This committee includes medical and mental health professionals from the corrections health service, so police and bureaucrats are not making this determination. Still, medical professionals trained to work in prison environments and with experience housing at-risk individuals.

Gender Identity and Its Impact On Prison Life

The most significant concern for transgender individuals in prison is health care and medical treatment access. The 2013 ruling in Keohane v. Inch, a Florida case involving the treatment of a transwoman in a male prison, shapes current law. Most of Ms. Keohane’s complaints focused on access to medical care and proper gender recognition, such as receiving ongoing hormone therapy and having a place to groom and dress consistent with her gender identity.

Around four years later, a federal court ruled in favor of Ms. Keohane, regarding her treatment as more than simple negligence but a violation of the 8th amendment’s restrictions on cruel and unusual punishments. The court found that withholding medical care from an individual is a form of cruel and unusual punishment. The department of corrections could not prevent an individual from transitioning while incarcerated due to the 8th amendment and the potential risk of suicide that comes with withholding this particular medical treatment.

These are the current standards that govern the Florida department of corrections. The state cannot deny an inmate with gender dysmorphia access to medical treatment to ensure a medical transition. They may not restrict access to female clothing and security standards to ensure a proper social transition. Florida can no longer deny an individual access to medical treatment due to federal protections and, ultimately, the constitution.

How does gender identity impact life in prison?

Individuals may not be denied access to materials required for a social or medical transition. Federal courts have found that Florida’s ban violated the constitution’s 8th amendment, which bans cruel and unusual punishment. The court felt that exposing an individual to a heightened risk of suicide and limiting access to medicine was cruel and unusual. Court findings were partly due to mental strain and partly due to risks associated with suicide.

Are there protections for transgender and non-binary individuals?

An individual may not have gender identity questions during the interrogation process. The only questions are for determining specific requirements while the individual is in prison, such as access to hormone therapy or the individual’s vulnerability in the general population.

What is the current law?

Since a significant federal case in 2013, Florida can no longer deny prisoners access to materials required for transitioning. These materials could include both social and medical transitions and the associated items. These federal courts felt that denying an individual treatment resulted in strains that violated the 8th amendment.

If you or a loved one have concerns regarding gender identity in the Florida Prison System, we invite you to contact us at Pride Legal for legal counseling or any further questions. To protect your rights, hire someone who understands them.