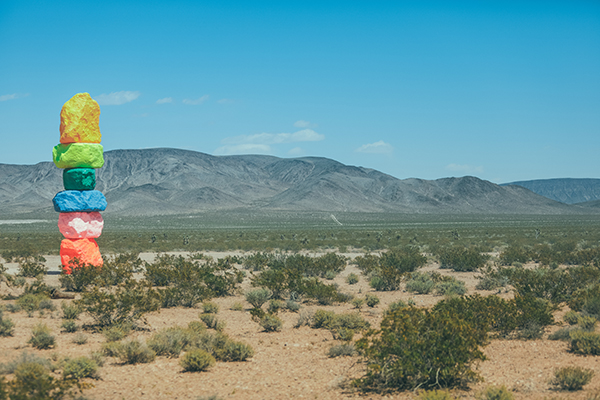 Is Public Sex Legal in California?

How common is public sex?

Many people ask “Is public sex legal in California?”, or “Do people actually have sex in public?”. Planes, trains, cemeteries, and confessionals are just some of the places where people have been caught having sexual encounters in recent news. There will always be those people who enjoy living life on the proverbial “edge.” According to various online studies, up to 25% of respondents reported having had sex in a public place.

Yet, while these folks have dared their senses into some imaginative and sometimes dangerous public places, it may lead to trouble with the law. While it may seem harmless in the heat of the moment, there are real dangers and potentially expensive, long-lasting, and in some cases, life-changing consequences if and when a person is busted in the act.

Is public sex legal in California?

In California, Penal Code 647(a) makes it a crime “to engage in or to solicit anyone to engage in lewd or dissolute conduct in any public place or in any place open to the public or exposed to public view”. This act is most often charged using undercover cops as “bait” in public locations (such as bathrooms and parks). Undercover cops typically target and “bait” gay men into exposing themselves, masturbating, or proposing some other sexual act. In some circumstances, an officer can entrap a victim, which would make any charges against the victim null and void. It could be difficult to prove entrapment- and either way, you don’t want to ever be in a situation where you’re thinking ‘Is this entrapment?” If that thought is crossing your mind in a situation, you’re most likely breaking the law or about to break the law.

Public sex is, by law, defined as sexual acts or forms of exhibition that take place in public or other “semi-public” places. Under California Penal Code 647(a), it can occur in a public place, a place open to the public, or a place exposed to public view. California courts have found “public” to include, among other places, an automobile, motorcycle, a common hallway in an apartment building, the area behind the service counter in a men’s clothing store, a car parked on a public street, a private movie booth at an adult bookstore, and a massage parlor. For example, the backseat of a car may not seem especially public, but if a passerby can see you or you are otherwise visible to the public, you can be arrested and charged with a crime. The truly creative have been caught in places as diverse as public libraries, tram cars, amusement park ride, and even in a church confessional in Rome!

It’s also important to remember what the law defines as lewd acts, which would be wanting to touch one’s genitals, breasts, or buttocks for sexual pleasure or to annoy someone else. With this in mind, technically, it is completely legal to have sex in an area that is secluded and away from other people’s eyes. Having sex in public becomes a crime when people disregard other people and allow themselves to become a disturbance to others. Having sex in a car is legal if the car is parked out in the middle of nowhere and a reasonable person could say that there would be no one else there. It would be a crime if the car were to be parked in a busy area filled with people.

What is considered to be “public” sex?

While it might be argued that some of these places may not have been truly “public,” California law applies the public standard in such a way that any place other than your home, hotel room, or personal office can be construed as a public place. So, before you get it on in your backyard or that big picture window facing the canyon, you might want to pull the drapes or find a safer alternative.

As far as the definition of a sexual act is concerned, these too are covered by a broad spectrum of laws and statutes that can be interpreted in different ways. These can range from charges of indecent exposure to lewd acts in public. In most cases, these are misdemeanors but can be escalated to felony charges for multiple offenses. For felony convictions, most offenders will face prison time and be required to register as a sexual offender.

There are also statutes that prohibit lewd acts that could be considered as public sex or indecent exposure. A new form of exposure popping up on the internet is of people going into Target and Walmart stores and exposing their breasts or behinds. It could seem like all fun and games, but the cameras are watching. What if a child walked by, or another person? They would most likely go to the front desk and report it, resulting in the security overlooking the cameras to file a police report. The people committing these acts would be arrested for indecent exposure, even if no one was around or saw. You may think walking out with just a thong on or walking out with no bra is just fine, but depending on the local rules, you could be arrested. Almost all states do not allow people to walk around without a bra or underwear on, as this would be indecent exposure and have you arrested.

What are some defenses to a Lewd Conduct Charge?

-You didn’t do what you were accused of
-You touched yourself or someone else, but not for the purpose of sexual gratification or wanting to annoy others
-You reasonably believed that no one was present, or that anyone present would not be offended or annoyed by your actions
-You were not in a public area or an area where people could see you
-The police had used entrapment or misconduct to trap you

As with any crime, the prosecutor is tasked with proving that you are guilty beyond a reasonable doubt. So if there is any doubt if your case, the prosecutor could not legally charge you with lewd conduct. If you reasonably believed that no one was around you or you were not trying to sexually gratify yourself, your lawyer will have a strong case to fight against. Pride Legal is here to help anyone accused of lewd conduct.

Q: Is it considered “public sex” in one’s backyard?

A: In some circumstances, yes. Let’s assume you have a small gate around your backyard, some foliage, and some spots where one neighbor wouldn’t be able to see anything. If the gate is low enough where people could easily look through and see what’s going on, you could be charged with public sex. But let’s assume you have foliage covering all over the backyard, and it’d be very hard to see in your backyard. That would not be considered public sex, as you’d be in your home while being covered by the rest of your property. If you’re going around your backyard trying to annoy or flaunt to your neighbor, then there’s a good chance that the court will find you guilty of lewd acts.

Q: Would I need to be registered as a sex offender if I have sex in public and get caught?

A: Depending on if other people were in the area, you would need to be registered as a sex offender. In 2021, California has enacted Senate Bill 387, which has a three-tiered list with which sex offenders have to comply with. Public sex would typically be charged with indecent exposure, which is a misdemeanor. The first tier would make sex offenders be listed on the registry for ten years. A second tier, which would be considered to be extremely more severe than the first tier, would require the defendant to be registered as a sex offender for 20 years and could receive jail time.

Q: Would going to the bathroom in public be considered illegal?

A: Yes, this is a form of exhibitionism and is illegal in all states. To add to this point, if a person is caught within half a mile of a school zone could be charged with a sex crime and be forced to be listed as a sex offender.

Q: “It’s so hard to look into my car! You’d need to come right up to the window!”

A: It doesn’t matter. If anyone could see what you are doing or even make out what you’re doing, you could be charged with one of the two crimes. Sex and exhibitionism is meant to be kept in fully private areas- ones that you own, away from the general public. As stated before, this could include a home, hotel room, and in some cases a personal office.

If you or a loved one has been accused of engaging in public sex, we invite you to contact us at Pride Legal for legal counseling or any further questions. To protect your rights, hire someone who understands them.