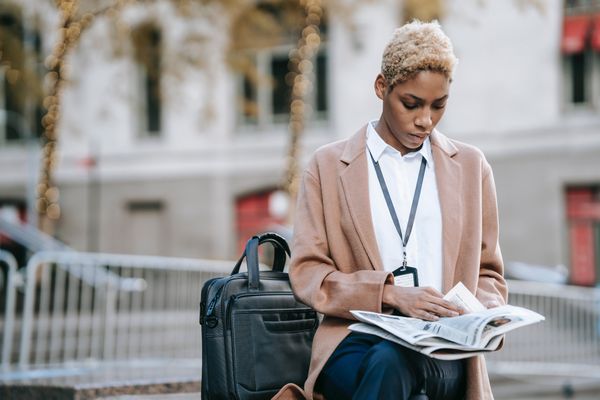 How to Get A CCW Permit In Los Angeles County

Obtaining a concealed carry weapons (CCW) permit can be quite challenging if you live in California, and especially if you live in Los Angeles County. With the proper knowledge and legal help, many applicants could receive their CCW license to be able to carry their firearm. Here’s all you need to know about getting a CCW in Los Angeles.

Who may apply for a CCW Permit in Los Angeles?

Many districts of LA County adopt different CCW laws, with some cities being more lax than others. Sacramento for example has 15,000 more CCW permits than LA County. Also, many counties within the state accept other county CCW laws. For example, Beverly Hills has adopted the LAPD CCW laws. This means that if you reside in Beverly Hills, you will follow the same CCW permit laws as LA County does. In 2011, California enacted a CCW Permit law that allows those who show good faith, or show that their lives or children are in danger and that the law may not protect them.

To apply for a CCW, you must go to the local sheriff’s office and present them with the following:

The Sheriff of your county has the discretion whether or not to deem you able to own a CCW permit or not. The “good cause” law states that, “good cause shall exist only if there is convincing evidence of a clear and present danger to life, or of great bodily harm to the applicant, his spouse, or dependent child, which cannot be adequately dealt with by existing law enforcement resources, and which danger cannot be reasonably avoided by alternative measures, and which danger would be significantly mitigated by the applicant’s carrying of a concealed firearm.” If you or your family is in danger, you may be able to receive a CCW permit.

What are the training requirements for acquiring a CCW permit in Los Angeles?

Applicants must complete firearm safety courses required by the licensing authority. These courses typically will not exceed 16 hours, and will not be less than 4 hours. These courses will go over firearm safety, firing your weapon, when to use your weapon, and the legal way to defend yourself. Live firing tests may be conducted, as well as psychology tests to see if the applicant has any illnesses or signs of depression. Applicants must learn when to disclose to a peace officer when they are carrying a firearm, and the correct steps to protect themselves and the officer from any mistakes that may occur.

On June 28th, 2020 the L.A. County Sheriff had announced that he will be increasing the number of CCW permits he will be granting by up to 400%. Sheriff Alex Villanueva has stated back in March that gun stores or businesses that sell ammunition would be protected under California’s ‘essential business’ category. Since protests have started, gun sales have skyrocketed by 200% in some areas.

The FBI has announced since the start of the coronavirus there have been approximately 28.8 million firearm sales. This a 100% increase of firearm sales since 2010, and this data was released in September. People all over California are going our scouring every gun store in hopes of picking up a firearm, and even worse, some non-existent ammo.

How can I expedite the CCW process?

Acquiring the help of an attorney to help you process all necessary paperwork and legally guide you can be essential in getting your CCW permit. It can take either 90 days within sending in your application, or 30 days after your background check is cleared by the Department of Justice. Contact one of Pride Legal’s many attorneys to assist you throughout the lengthy process of acquiring a CCW.

What happens If I get caught without a CCW?

Under California Penal Code 25400, punishments for concealing a loaded, unloaded, or brandishing your weapon in a threatening manner without having your life in danger will be punished with a maximum of a year in jail and a $1,000 fine. Carrying a handgun in your dashboard, on your person, or in your car, can result in you being charged with a felony or misdemeanor.  If you have prior convictions, you can be sentenced to a maximum of 3 years in prison and a $10,000 fine if caught with a firearm without a CCW.

How long do CCWs last?

There are four types of CCWs; the most common is the Standard CCW permit. This license is issued to residents of a county. These licenses last two years and can be renewed for $20-$100. If you are a judge or ex-military, it will be much easier for you to acquire your CCW. Licenses for judges and ex-police last 3 and 4 years, respectively.

How much does it cost to get a CCW?

Typically, the charge of acquiring a CCW will cost $200-$400. There is a non-refundable deposit fee for sending in your application, fingerprint costs, the price of the classes, and sometimes a psychology test which can cost up to $150. Not all people are required to go through the psychology test; it is up to the licensing authority’s discretion.

What is restricting me from getting my CCW?

There can be a few things restricting you from receiving your CCW or even acquiring your gun license. Convicted felons are not allowed to be around a firearm, nor are they allowed to own firearms. If you have been convicted of a misdemeanor or a felony in the past, you may be denied your CCW permit. If you have past addictions for drug abuse or alcohol abuse, these can have an effect on whether or not you may receive your permit. History of mental illness can also have an effect. Non-California residents do not have the ability to get a CCW under California’s laws.

Will my CCW be valid in different states?

Some states will recognize your California CCW permit, but any CCW permit granted outside California will not be recognized once you have entered California. Residents of Nevada who have been legally issued a CCW permit may not carry their firearm on their person when entering California. The firearm must be stored in a locked container in the trunk of a car or glovebox container.

How can I check my local CCW laws?

Many counties have different laws. As stated before, Beverly Hills adopted the LA county CCW laws, but counties like West Hollywood do not. If you reside in West Hollywood, you must go to the Sheriff’s office in the county. If you reside in Beverly Hills, you must go to the LAPD offices and speak to the undersheriff. With the help of one of Pride Legal’s several conceal and carry attorneys, acquiring your CCW permit can be quick and simple. If you have any questions regarding CCW permits, contact us here today for your free consultation.

As of May 1, 2021, applying for a CCW permit in Los Angeles has become much more simple. Residents of California may now visit their local sheriff’s office to deposit start with their CCW application. CCW firearm applicants now do not need to visit their local police station to start their application.

If you or a loved one is seeking to obtain a CCW Permit, we invite you to contact us at Pride Legal for legal counseling or any further questions. To protect your rights, hire someone who understands them.