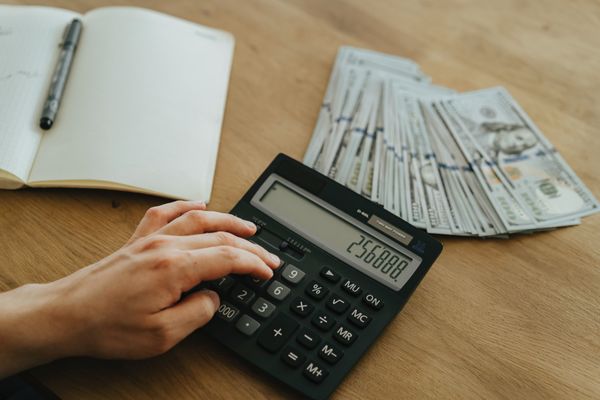 What Happens To Your 401(K) After A Divorce?

When an individual has been saving for years to build up their 401(K), the financial burden of a divorce can often make it seem more stressful than it has to be. Sometimes, years of income are put into 401(K) savings accounts with the hope that one day, they will be enjoying the fruits of their labor during retirement years. However, what happens to all that money when they go through a divorce? What about all those legal fees, financial statements, pay stubs, and assets that must be submitted? What happens to your 401(k) after a divorce – is it protected? These are all very stressful and important topics to those going through a divorce. This article may ease the stress associated with a 401(K) and divorces by answering some questions you should know.

First, let’s understand what a 401(K) is and what happens during a divorce. A 401(K) is a specific section pulled from the tax code about retirement savings and investment plans – specifically, a tax-deferred and defined contribution retirement plan. Some employers offer a 401(K) to employees. According to recent surveys conducted by the U.S. Bureau of Labor Statistics, around 56% of companies offer a 401(K) plan.

Typically, the 401(K) savings are taken from paychecks and placed into the company investment account. However, there are often extra benefits since they are tax-deferred. The money contributed offers employees essential tax breaks. Those tax breaks can then either come at the time of contribution or during retirement.

The big question is, “How will a divorce affect this 401(K)?”, well the short answer is all of that money will be considered as marital property. Unfortunately, the only way a 401(K) could be protected from being divided up during a divorce is if a prenuptial agreement is already in place. In which case, the rights to the money would be outlined within the agreement. Additionally, it is crucial to understand that each divorce case is different, especially regarding financial assets such as 401(K) ‘s. In particular circumstances, both individuals have comparable 401(K)s or comparable financial assets. They may choose to keep the 40(K) account whole and give up another asset or agree to leave the retirement funds alone altogether.

What happens to the 401(K) after a divorce with no prenuptial agreement?

One of the hardest things to understand regarding divorces and 401(K) ‘s is the tax implications that it brings once a divorce settlement begins. Some special rules include:

However, for these tax rules to apply, the transfer of assets must be included in the divorce agreement plan before being protected. Like any other financial asset in a divorce, it can and will be subject to division as they are considered marital property, entitling both individuals to a share of the assets.

How does the court divide the 401(K) after a divorce?

For two of the most popular retirement plans, 401(K) ‘s and IRA’s, a judge will take all relevant financial information and determine what they believe is eligible for division between the two spouses. For example, care must be taken to establish how much money was added to retirement funds prior to marriage, if any, and how much was contributed to the retirement funds during the duration of the marriage. Next, the court typically releases a detailed statement for the exact amount of the assets to be divided. Then leave it up to the plaintiff and defendant to create a plan for the company’s retirement plan administrator to follow to distribute funds properly. This is known as a qualified domestic relations order. There are also multiple other methods, such as opening new 401(K) accounts and even taking money out as soon as possible. However, the tax rules must be taken into account, especially if money is being withdrawn after the transfer of assets. Other retirement plans, such as a Roth IRA, standard IRA, and solo 401(K) ‘s, follow similar guidelines but have specific policies and procedures.

Though many law firms and solo practitioners are saturating the market, law groups such as Pride Legal offer essential services, including divorce law consultation. Individuals can also look towards an accountant for help understanding the specific tax code and unique laws that affect 401(K)’s during a divorce settlement and contact family law attorneys.

A: No, 401(K) ‘s are not protected from marital division unless included in a prenuptial agreement.

A: In typical cases, 401(K) funds are protected and considered non-taxable by the IRS during a divorce and prior to the transfer. However, after the transfer is complete, the previous standing tax rules will apply, including any early withdrawals from the 401(K) fund.

A: It is unlikely that all funds within a 401(K) would be transferred to the other spouse during a divorce. Courts tend to view it as marital property and thus view both spouses as equally entitled to a share. Therefore unless stated explicitly in the divorcee’s agreement, the amount to be divided would be established by the court.

A: No, not at all. In some cases, both parties may mutually agree to exclude 401(K)’s from the martial division of financial assets. It is especially common when both parties have similar retirement fund values.

If you or a loved one has more questions concerning 401(k), we invite you to contact us at Pride Legal for legal counseling or any further inquiries. To protect your rights, hire someone who understands them.