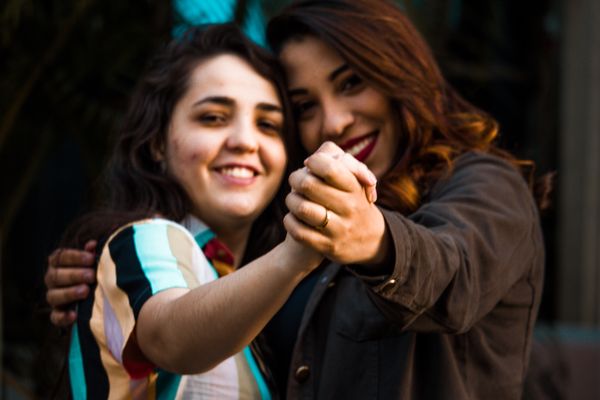 Do I Marry My Spouse’s Debt? | Marriage Laws In California

By law, a marriage binds two people together through legal status along with several other aspects of life. The larger binding aspects that become consolidated are property, money, and debt. These consolidations often lead married couples to go through complex financial consequences. A common question asked before marriage is, “Do I assume my spouse’s debt after marriage?”

Community property determines the ownership of assets belonging to married couples. All properties and income that have been acquired or incurred during a marriage belong to both spouses equally. In other words, the assets gained are the “community’s” property. The equally shared asset is regardless of the amount each spouse brings into the marriage. Community property recognizes three main types of jointly owned properties;

California is a community property state, thus all assets that are acquired during a marriage are deemed to be marital or community property. Moreover, the assets are usually divided down the middle, meaning that each spouse owns 50% of the asset. However, an exception to this is when there are some forms of a written agreement such as when a prenup is present. Otherwise, in California property can be separated into two types;

Who is Responsible for Premarital Debts?

Generally, debts that each partner incurred before going into the marriage will only belong to the partner that incurred it. Meaning, marriage does not automatically make each individual’s debt become a joint debt.

For instance, Sarah and Luke married right after graduating from college. However, Luke still has $20,000 in student loans. Sarah is not accountable for the debt as Luke is personally responsible for it.

However, there is an exception to this. The spouse that did not incur the debt may be responsible for it if; After getting married, the spouse agrees to become a co-signer or a joint account holder to an account. This will equally share the debt responsibility between both spouses, regardless of who is benefitting from taking on the debt.

Drawing back to the example of Sarah and Luke; if Luke’s credit alone was insufficient to make the student loan, and Sarah agreed to open a joint account to help with the loan, she is now equally liable for the debt, even though she does not personally benefit from the loan.

What Debts are Community Property Liable for?

There are two types of debts community property will take into account:

Under California law, community property serves to be liable to both of the spouse’s debt, regardless of who incurred it. However, It is important to note that a spouse that did not incur the debt, will not be personally liable for it. This protects that spouse by disallowing the creditor to take any of the spouse’s separate property. Even though the individual that did not incur the debt is protected to some extent, it does not mean that they are fully protected from all responsibilities. In community property states, most debt incurred during a marriage is still deemed to be community debt.

In some circumstances, a spouse can be found equally liable to a debt that they did not incur under CA Fam §914(a). The deviation to the general rule will be expected if the debt is a result of an expense catering to the needs that are common necessities of life such as; rent, maintenance, food, insurance, medical expenses, etc.

Some couples may not want their debts to be shared. Thus, in a community property state, couples may remove their liability to a spouse’s debt by signing agreements that will separately treat their debts and income.

Postnuptial agreements are very similar to prenups. The key difference is as the name suggests, it is an agreement made by individuals who are already married. Things that are included in postnuptial agreements on how to divide marital property, and, or manage future income between the two spouses.

These agreements are commonly used when one of the spouses must take on or bear financial risks, such as conducting business.

If you or a loved one has been looking to get a domestic partnership, we invite you to contact us at Pride Legal for legal counseling or any further questions. To protect your rights, hire someone who understands them.