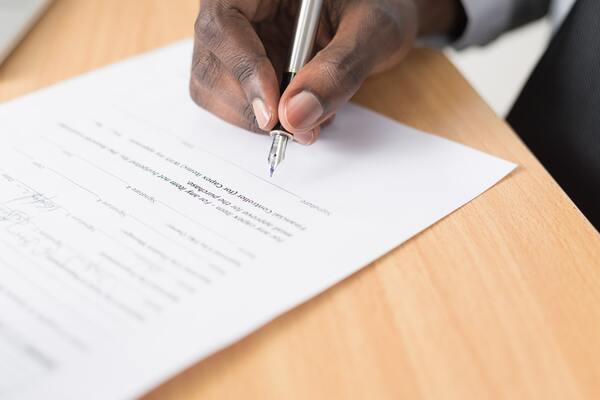 Defenses for Breach of Contract in California

There are instances where the parameters of a contract are egregious, or a party writes the contract so confusingly that it is difficult to understand the exact terms of the agreement. Confusing terms can make it hard to tell if you have broken the deal, for it can be a pure accident. The following are possible defenses for breach of contract.

What Does the Plaintiff Have to Prove in Breach of Contract Cases?

California courts layout the following framework that the plaintiff must prove to succeed in a breach of contract claim:

Defenses for Breach of Contract:

There are many ways to defenses for breach of contract accusation, and below is a list of possible defenses. If accused of breaching a contract, the best thing you can do is to get a lawyer and talk to them about how best to proceed.

Outside of the Statute of Limitations

If the party you entered into a contract with files their suit outside the statute of limitations, then it is unlikely a judge will hear their case.

There Was No Breach of Contract

It may be the case that the defendant has not violated any of the agreement terms. To uphold a contract, it is essential to:

Failure to State a Claim Upon Which Relief Can be Granted

Using this defense means there are no grounds for claiming that one has breached the contract. This defense is helpful in the following scenarios:

This defense is helpful if the plaintiff did not take the reasonable steps to prevent or diminish damages they claim to have endured. So while the defendant may be partially or primarily responsible, there may have been some steps the plaintiff neglected to take.

There is a Mistake or Error in the Contract

If someone files suit against another for breach of contract, a viable defense is to point out a mistake in the contract. The error should be essential to the agreement for this defense to be effective.

The Contract is Illegal

California Civil Code 1608 states that if any part of the consideration is unlawful, the entire contract is void. It is not possible to contract illegal acts. For example, a contract stating “person A must steal from every business on Hollywood Boulevard” is not enforceable. Because the law prohibits stealing, a contract cannot compel anyone to commit illegal acts. It is legal to breach a contract if it states that one must perform an unlawful act.

The Pretenses Upon Which You Entered Into the Contract Were Fraudulent

Sometimes, people enter into contracts based on false information. If this is the case, it may be an adequate defense for breaching a contract. California Civil Code 1572 states that fraud occurs when an individual intends to deceive another person into a contract. Instances may include:

In some instances, an individual has the full intention and ability to fulfill the contract requirements when they first sign it. However, sometimes situations change, and people may become unable to perform what they agreed to do.

California Civil Code 1511 states that individuals are exempt from completing what they agreed to in the contract in the following circumstances:

California Civil Code section 1498 states that there can be a condition precedent for contracts. Condition precedent means that if the plaintiff fails to follow a specific part of the contract necessary to receive payment from the defendant, it is lawful to breach the agreement. For example, say you and a contractor sign a contract stating that the contractor will cut down a tree in your front yard and take it away. If the contractor does not do this yet sues you for not paying them, you can use this defense since they failed to perform an action necessary for them to get the payment.

There was No Damage to the Plaintiff

In some instances, the defendant has breached the contract and admits to it but still wants to defend themself to lessen the charges. Claiming no damages makes it possible to argue that, despite one breaching the contract, this caused no harm to the plaintiff, and therefore the payments should be lowered or dropped.

If you or a loved one is filing a suit or is being sued for breach of contract, we invite you to contact us at Pride Legal for legal counseling or any further questions. To protect your rights, hire someone who understands them.