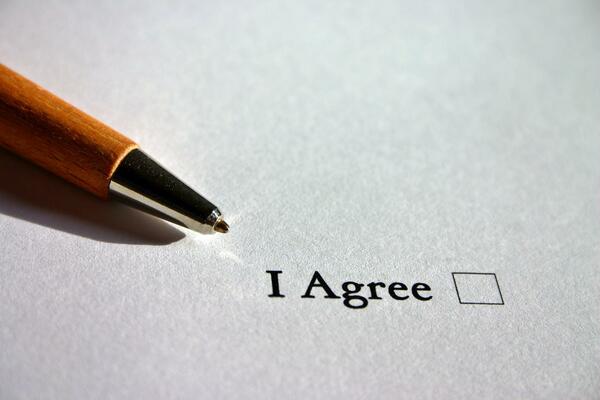 Breach of Contract in California: The Rules

A contract is a type of promise that two parties agree upon mutually. Furthermore, and in legal situations, a contract is a legally binding document that two parties agree to and is enforceable by law. California Civil Code 1549 states that “a contract is an agreement to do or not do a certain thing.” If someone were to break one of the agreements, this might be a breach of contract, even if they did not read the entire contract. The legal repercussions and remedies will depend on the contract’s severity and nature.

For example, say you and a contractor sign a legal agreement (contract) stating that the contractor will cut down a tree in your front yard and take it away. If the contractor fails to fulfill either activity, this is a breach of contract and can go to court. The infringement occurs because the contractor is bound to perform all the agreement’s requirements.

When to Sue for Breach of Contract

In the simplest terms, it is possible to sue for breach of contract if the other party does not hold up their end of the deal or violates the agreement. California courts layout the following framework the plaintiff must prove to succeed in a breach of contract claim:

If someone has not held up their end of the deal in a contract, it may be in your interest to file suit. Filing a lawsuit for a breach of the arrangement in court can help relieve the financial burden and recover damages that the breach causes.

What are the Penalties for a Breach of Contract?

California Civil Code 3300 states that in most cases (unless expressly provided) the amount the breacher must compensate the non-breaching party for the detriment caused by their breaking of the contract. The California Civil Code 3301 goes into more detail on this subjECT. It states that “no damages can be recovered for a breach of contract that is not clearly ascertainable in their nature and origin.” In other words, if their breaking of the contract causes the other party $300 in detriment, then they owe them only $300.

However, this is not always the case, for the amount one receives in damages can depend on the circumstances. California Civil Code 3306 outlines one example. When detriment is caused by breaking a contract to convey an estate in real property, the damages the breaching party should pay include the price paid and the expenses incurred in examining the title, preparing the necessary documents, and interest.

Remedies for a Contractual Breach:

The individual who upholds their end of the contract would have a few remedy options if the other person breached their contract. Some remedies include the following:

Compensatory damages compensate the non-breaching individual for suffering and losses incurred from the breacher of the contract. Examples include business costs, medical bills, lost wages, and property damages. These damages essentially compensate one for what they endured because of the breach.

There are two categories of compensatory damages in breach of contract cases: general and special damages.

General damages are the economic burden the non-breaching individual faces because of the breach. Some examples may include administrative costs, medical bills, and lost wages.

Special damages do not have a specific dollar value attached to them. Damages without a value can include personal sufferings such as emotional distress, humiliation, or grief resulting from the breach.

Punitive damages punish the contract breacher for exceeding the simple compensation. The judge awards them in addition to compensatory damages. Punitive charges generally occur when the defendant acts maliciously or egregiously.

Breach of Contract Statute of Limitations in California

According to the California Code of Civil Procedure 337, the statute of limitations for breach of contract cases states that one must file within four years. The limit begins once the non-breaching party discovers that the other party has broken the contract. For instance, if parties sign the contract in 2020 but one does not discover the other violated the agreement until 2021. The statute of limitations to file suit would begin on the 2021 discovery date. If one fails to file in a timely manner, the defendant may use this a possible defense.

If you try to file suit outside of this statute of limitations, it is doubtful that a judge will hear your case. It does not matter if you think you will win; one must file the suit within the four-year timeframe.

If you or a loved one is filing a suit or is being sued for breach of contract, we invite you to contact us at Pride Legal for legal counseling or any further questions. To protect your rights, hire someone who understands them.