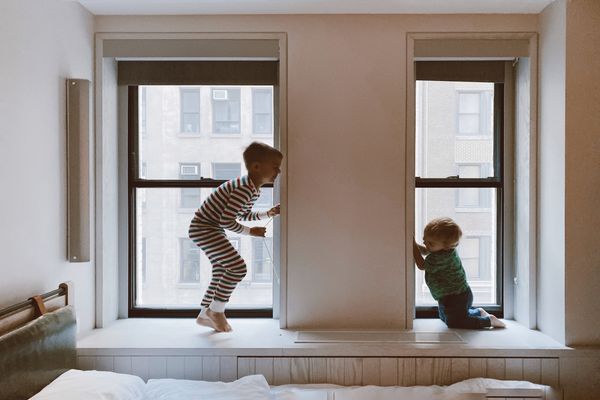 Along with assigning child support orders, judges often include a “wage assignment” (garnishment) coupled with the order as well.

Wage garnishment laws are a method for creditors to collect a debt by directly collecting the individual’s wages. In this case, it allows the employer to take child support payment directly from your pay. This can only be done once individuals receive money judgment from the court. For example, a court may order an employer to reserve an amount of an individual’s salary and make a payment directly to the creditor. Hence, before receiving a court order, the employer is prohibited from garnishing your salary.

Under federal law, there is a limit on how much a debtor’s pay can be garnished, the amount is limited to 25% of weekly gross income earnings. The weekly earnings are calculated by subtracting mandatory expenses such as tax from the earnings, or see if the amount exceeds 30 times the federal minimum hourly wage, whichever is less. Not all states apply the same percentage for child support garnishment limits.  For instance, in California, the garnishment amount is less.

Generally, an individual’s pay may continue to be garnished until the whole debt has been completely offset.

In California, the wage garnishment limit is set to the following;

If the location issues a higher minimum hourly wage, the minimum wage at the time of earning is used for calculations. Cal. Civ. Proc. Code § 706.050.

Generally, in California, a debtor may be granted an exemption from the court if they can prove that their income is needed to support the debtor’s family.

However, in this case, if an individual owes a debt to child support, the creditor may still garnish on their pay without a court judgment order. There are two ways court order limits child support;

Federal law only allows wage garnishments to be only up to 50% of the debtor’s pay if they are already supporting a spouse or a child, apart from the order. Additionally, if that isn’t the case and the debtor isn’t supporting anyone, then a wage garnishment of 60% may be taken from their pay. There is also an added 5% penalty if the payment is delayed for more than 12 weeks.

In some instances, parents may want to come up with their own arrangements with the involvement of child support agencies. In such a case, parents can make an agreement stating that child support payment will not be received by way of garnishments. Consequently, the employer can be notified of the decision and the wage assignment will be “stayed” or put on hold.

Do Both Parents Need To Pay Child Support?

By law, parents are both expected to provide for their children. So refusing to pay support can lead to serious consequences. Individuals that have the ability to support but are unwilling to can potentially face time in prison.

An exception of not paying support is if the reason an individual is not paying for support is that they are incapable of doing so, such as lowered income, change of jobs, or being unemployed, the individual will receive leniency. However, it is their duty to report this to the court to receive a lowered support owed. If the individual fails to notify the court of important changes, then they are expected to pay in the same amount, regardless of their change in circumstances.

Child custody is one of the biggest things to determine after a legal separation occurs. Figuring out the custodial rights between two parents plays a major role in deciding who is liable to pay for child support. Very often, whichever parent is the non-custodial parent is the key to determining who is expected to pay child support. But in a lot of cases, families prefer joint custody of their children. Thus, how is child support determined in the case that there is no non-custodial parent?

Q: What are the different types of child support?

A: In California, there are two main types of child custody;

After deciding between the two types of custody, it must be further decided whether it will be sole custody or joint custody. Under some circumstances where one parent holds qualities that are unfit to raise the child, the court may grant sole custody to the other parent. Usually, parents have sole custody to either physical or legal custody. However, in some cases, parents opt for joint custody. This means that both parents equally share the same level of decision-making authority as well as physical control.

Q: Who Is Liable to Pay for Child Support in Joint Custody?

A: Under California law, both parents are expected to contribute to support their child. Since the non-custodial parent is not as distinct in joint custody, courts rely on other factors to determine child support duty. Some of the factors may include but not limited to;

If you or a loved one needs legal help with their child support payments, we invite you to contact us at Pride Legal for legal counseling or any further questions. To protect your rights, hire someone who understands them.