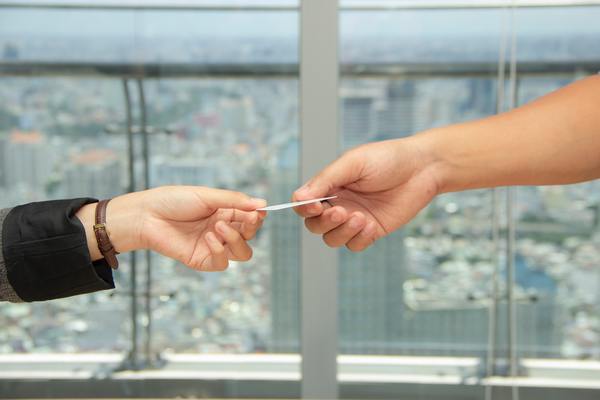 How to Get a Driver’s License Back | California Points System

The California Points System allows the California state government to track each driver’s behavior on the road and revoke a driver’s license if deemed necessary. Every driver begins with zero points; points accumulate with every driving infraction that the driver commits. Understanding the California Points System is critical when determining whether getting a license back is feasible, as different degrees of driving offenses determine driving and license penalties.

What is the California Points System and How does it Affect a Driver’s License?

The California Points System assigns points to drivers for every driving violation they commit. If a driver commits several driving infractions, their points add up, and their driving privileges are then subject to limitation. The severity and damage caused by different traffic code violations determine the number of points added to a driver’s record.

One Point on a Driving Record

Two Points on a Driving Record

Traffic and driving violations that assign two points to the driver’s record are more severe infractions. These traffic violations pose an extensive danger to the driver and other drivers on the road. The following are examples of driving offenses that can result in two points added to the driving record:

How do Points Affect a Driver’s License as they Add Up?

As points add up over time, penalties may become more severe. A driver’s license may be revoked in the following events:

How can a Driver’s License be Suspended or Revoked?

Several occurrences can result in the suspension or revocation of an individual’s driver’s license. Suspension of a driver’s license typically occurs if a driver’s behavior signifies irresponsible behavior while driving or not and failure to abide by traffic laws. Because of this, some crimes are entirely unrelated to driving, yet they may result in a license suspension. The following infractions are common instances where an individual may temporarily lose their license:

Lack of Insurance in the Event of an Accident

Suppose an accident occurs and the driver does not have any variety of insurance for the damages. In such a case, their license is subject to a four-year suspension. This suspension may be shortened if the driver provides proof of insurance to the California D.M.V. After providing proof of insurance, the driver will have to maintain the insurance for the remaining three years, as directed by California traffic law. Drivers who are underinsured for the damages caused by their accident may not have their license suspended if their insurance covers a minimum of $15,000 for a single death or injury, $30,000 for death or injury to multiple people, and $5,000 for property damage that results from a single accident.

Failure to Report an Accident

Failure to report an accident is identified as unable to produce a Report of Traffic Accident Occurring in California, otherwise referred to as an S.R. 1 form. S.R. 1 forms are filled out by the driver(s) involved in an accident. They are submitted to the D.M.V. Suppose an accident causes injury, death, or more than $1,000 in property damages to anyone or any piece of property involved. In that case, all drivers are required to submit their S.R. 1 forms to the D.M.V. within ten days of the accident. If this 10-day window passes with no submission of S.R. 1 forms, then the driver will have their license suspended.

Driving Under the Influence (D.U.I.)

Driving under the influence is described as driving with alcohol or any other substance in one’s system. The penalty and severity are dependent upon age, type of intoxication, severity of intoxication, and any other crimes that occur while a driver is under the influence. If the driver is over 21, submits to a chemical, blood, or urine test, and tests a B.A.C. of 0.08% or more, their first offense results in a four-month suspension. The penalty is a one-year suspension if this is the second or subsequent offense within ten years. For those under 21, if a B.A.C. test shows 0.01% more, the license will be suspended for one year. If a driver refuses any B.A.C. test, they are subject to penalties. The first offense results in a one-year suspension. The second or subsequent within ten years results in a two-year revocation. A third or subsequent within ten years results in a three-year revocation.

Minors convicted of underage drinking will have their driver’s licenses temporarily revoked. They can regain their driving privileges in one year or until they turn 18. Failure to comply with or refusal of a drug or alcohol test

As previously listed, the number of points on an individual’s driving record affects if and how long their license will be suspended. In this case, penalties vary from a six-month suspension, a year-long driving probation period, or the loss of a license altogether.

A vandalism conviction results in a one-year suspension of a driver’s license. Suppose an individual is found guilty of vandalism while they are below the legal driving age. In that case, their ability to get a license will be delayed by one year.

Failure to Appear in Court for a Traffic Ticket

If an individual fails to pay a parking ticket on time and fails to appear in court, their license is subject to suspension. There is no specific suspension period officially outlined, so a driver’s license may be suspended for any amount of time.

If an individual fails to pay child support, then their driver’s and professional licenses are in danger of suspension. For the first offense, the individual will be contacted by a licensing agency and given 150 days to respond. For the second offense, they will only have 30 days to respond. If these periods pass without response, then the individual’s driving and professional licenses will be suspended.

Refusing or failing to comply with a drug or alcohol test can be seen as attempting to avoid a D.U.I. charge. Because of this, doing so can result in a possible suspension of a license and lead to more extensive penalties depending on the individual’s driving behavior when they were first suspected of driving under the influence.

How Can One get their Driver’s License Back?

The protocol assigned to individuals seeking to regain their driving privileges varies from case to case. If a driver loses their license, it is possible to get it back by following codes in place for their specific infraction that caused them to lose their license in the first place.

If a Driver’s License was Lost to a Guilty D.U.I. Charge

Complete the Driver Medical Evaluation (DS-326). This form informs the D.V.M. that a particular driver has managed or solved medical issues enough to drive safely.

If a Driver’s License was Lost Due to a Lack of Insurance,

Pay the citations or appear in court to obtain a Failure to Pay Fine or a Failure to Appear in Court as Promised (FTP/FTA) abstract. This form proves that the driver fulfilled the requirement from their traffic ticket. After following these instructions, pay the reissue fee to retrieve the license. The fee is generally between $55.00 and $275.00

If you or a loved one has been subject to a driver’s license suspension or revocation, we invite you to contact us at Pride Legal for legal counseling or any further questions. To protect your rights, hire someone who understands them.