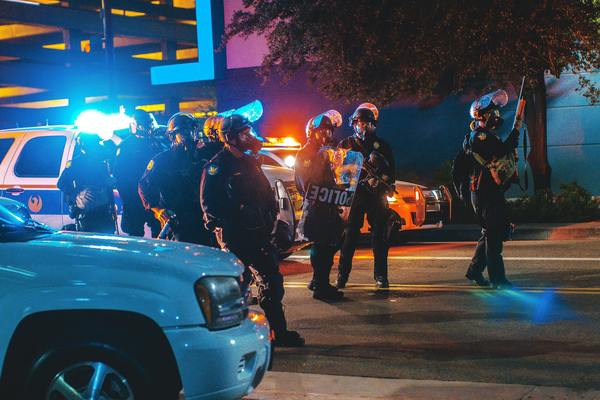 Since the coronavirus pandemic, gun sales have soared across the United States. Within the span of 4 months, approximately 2 million Americans had applied and picked up their weapons license. Although many Americans are going out to pick up a firearm, it’s important to understand the power behind wielding a weapon. Gun owners must be thoroughly trained in using their weapon, how to handle it, how to fire it, and most importantly when to properly use it. When owning and operating a firearm, every gun owner should know that the tool they have in their hand has tremendous power and can cause serious harm. When using your firearm in self-defense, there are a few things you need to know.

2. Immediately Seek Representation by an Attorney.

This can be the most important step in this process. The police will want to question you on everything you know and eventually will question you on the things you know. You should never answer these questions alone. Not knowing exactly what to say and how the law specifically works will be detrimental to your case. Hiring an experienced attorney is essential to protecting your rights to self-defense, and will act within the confines of the law.

In the law enforcement world, when an officer shoots someone, they are immediately removed from the scene. That officer would be checked out by EMS, be sent home to collect their thoughts, and be contacted by a criminal defense attorney. This is done so that the officer can’t say or do anything that can harm the situation. You should be getting the same treatment.

3. What to Avoid Doing When Police Arrive

Once you call the police, it’s imperative that you do not leave the scene. Leaving the crime scene could assume guilt on your part. Touching any of the evidence could lead to drastic problems later on. It is your safest bet not to touch anything after you have acted in self-defense. Being sure to not have your gun in your hand when the police arrive is also very important.

It is paramount to re-holster or safely and securely place the firearm before the police arrive. There are several possibilities that can happen once a person uses their firearm in self-defense. Although it does not presume guilt, it is much safer and easier for all parties involved to just have your weapon re-holstered to avoid confusion. Having a firearm in your hand while officers are responding to a ‘shots fired’ or possible homicide call is not a good look to have. The police are trained to deal with acts of self-defense, but in some cases the officer or the victim can act irrationally, leading to paths that could’ve been avoided.

Comply with all demands given to you by law enforcement. Whether it be to get on the ground, put your weapon on the floor, walk to the officers with your hands up; you must comply. It’s important to note that you will most likely be detained and be put in handcuffs. But, just remember that is because the officers don’t know the full story yet and need safety.

4. Your Gun will Likely be Seized as Evidence

Once the police arrive and have deemed the investigation site as safe, they will begin to collect evidence. Your gun will be one of the first pieces of evidence they collect. This does not make a person guilty! This is just for the officers to have all the pieces and evidence involved in the shooting. As long as you were acting in self-defense, the officers cannot arrest you or keep you in handcuffs forever.

Be advised: Your gun could be in the police evidence locker for several years. In some instances, officers have held an innocent person’s firearm for 2 years after they had used the firearm in self-defense. No charges were ever brought, yet law enforcement kept the weapon in storage for 2 years. This is typically done because investigators know that can be difficult or impossible to acquire the firearm again once it has been relinquished back to the owner.

5. Police May Try to Interrogate at the Police Station

The officers will most likely start interrogating you at the scene. No matter how you believe an officer is talking to you, they will treat you as a suspect. The officers are not there to be on your side as they try to make it seem; they are trying to piece together what happened. They will start asking you what had happened, who you were with, and what led you to discharge the firearm. Stick with the same answer to any question given to you, which is, “I would like to invoke my fifth amendment right and speak with my attorney. I do not answer questions without my attorney.” The police cannot legally ask you any more questions once you have invoked your fifth amendment right

It will seem as if the officers will not stop asking you questions until you answer them. It may be tempting to just tell the officers what had happened, especially since you had just discharged your weapon. No matter how tough you are, a person’s head will likely be all over the place after acting in self-defense. The officers may try to Mirandize you and start to question you. The officers know you are upset because of what just happened and will take advantage of the situation. This is when you must remain silent, and tell the officers that you do not want to speak without your lawyer present. The officers must stop asking you questions until your attorney arrives.

6. Do Not Discuss Your Case with ANYONE Except Your Attorney

When placed in jail, do not speak to anyone near you. Police officers are known for having ‘jailhouse snitches’ that will come up to you and try to ask you ‘‘what landed you in here?” These people are in jail too and are willing to do anything to have their punishments lessened. Officers will have these people come to you and try to coerce you into saying something you didn’t mean, or a piece of evidence the police have been looking for. No one else needs to know if you have used a firearm in self-defense. Whatever you do, you must stay quiet in the jailhouse.

The reality is that police may place you under arrest and take you into custody. Depending on the circumstances, you may not be able to post bail, not be able to post bail or have to pay a very high bail. Hiring an attorney could get the police to release you from custody with little or NO money. A skilled attorney could review the immediate facts of the matter and possibly get you released on your own recognizance. That is why, so often, hiring an attorney can is a better option than paying a bail bond company and can literally save you thousands of dollars and keep you out of jail!

This may be difficult to do, as most incidents of self-defense occur after banking hours. However, Pride Legal is open 24 hours a day, 7 days a week, so most people opt to call a Pride Legal criminal defense lawyer instead of a bail bond company. Another negative side of paying for a bail bond company is that you will usually have to pay a percentage of the total bail to the bail bond company once the money has been released.

It could take days or weeks to be formally charged with a crime. It is ALWAYS best to contact an attorney before a bail bond company. They can help you fight any charges immediately and it is best to be waiting at home, rather than in a jail cell.

8. The DA will gather evidence to press charges or not

After the police officers have taken their notes and filed their official reports, the officers can deem whether or not a crime has been committed. If enough evidence has been gathered by the officers that lead them to believe that you have committed a crime, they will send a formal report to the DA.

It could take weeks for the officers to officially send their reports in. The DA must go over all of the evidence given by the officers and must be sure that a crime has been committed. This is not a rapid process.

If you or a loved one has acted in self-defense with a firearm, we invite you to contact us at Pride Legal for legal counseling or any further questions. To protect your rights, hire someone who understands them.