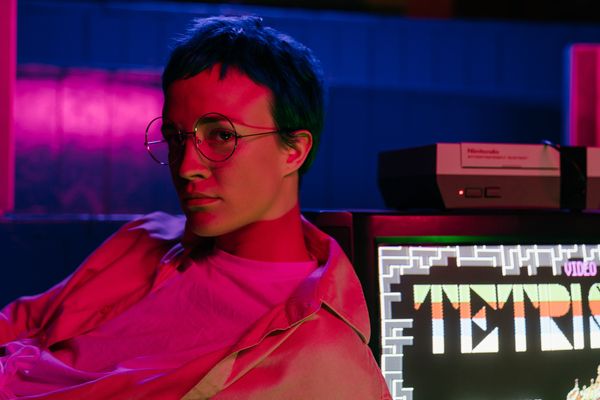 Statutory Rape & The Age of Consent in California

Laws such as California Penal Code 261.5 provide clear guidelines that are designed to protect minors, but an inescapable fact is that many teenagers engage in sexual relationships nonetheless. Are all of these relationships illegal? The answer is a simple “yes.” Regardless of the circumstances, a sexual relationship involving a minor is always illegal in the state of California. However, through education and improving awareness of every person’s rights and limitations, Californians can better protect minors– including preventing them from accidentally winding up on the wrong side of the law.

What Are Statutory Rape & The Age Of Consent Laws In California?

Recall that, in California, the bar on any sexual relationship involving a minor is a bright-line rule; it is always illegal. The age differential, therefore, is irrelevant to the relationship’s legality. Unlike some other states, California does not have a Romeo and Juliet law, otherwise known as a close-in-age exception. What does this mean?

Romeo and Juliet’s law permit, under specific circumstances, consensual sexual relationships involving a minor. For example, Texas allows minors above the age of fourteen to have a sexual relationship with another person, so long as that person is also at least fourteen and within three years of their age. Therefore, in Texas, a 14-year-old may have sex with a 17-year-old, and a 17-year-old may have sex with a 20-year-old. However, California does not have an analogous rule. In California, having sex with a minor is always illegal, regardless of the perpetrator’s own age.

It is important to note that California law strictly bars anyone from engaging in a sexual relationship with a minor. California Penal Code 647.6 expands on this in many ways, prohibiting anyone from “annoying,” “molesting,” or demonstrating an “abnormal sexual interest” in a minor, and it levies fines and possible jail time on transgressors. This means that it is impermissible to have with a minor what many people view as a “sexual” or even “romantic” relationship. Even where a relationship lacks such physical elements or implicit desires, individuals should nonetheless be wary of social stigma and the appearance of impropriety.

The standard punishment for statutory rape in California is imprisonment in a county jail for no more than one more, even where the perpetrator is convicted of felony statutory rape, as opposed to a misdemeanor. However, this cap could be higher, depending on more peculiar circumstances.

Another common penalty for statutory rape in California is a civil fine. If the perpetrator is found liable in civil court, the judge may levy a fine of up to $25,000, depending on the circumstances.

Finally, sex offender registration. A criminal conviction or civil liability for statutory rape under California Penal Code 261.5 does not mandate registration as a sex offender. The judge has the discretion to require such registration, but it is not an automatic feature of the law.

Because California strictly enforces statutory rape, it is helpful to grant judges discretion with regards to these penalties. For example, where two sixteen-year-olds have sex, both parties are guilty of and liable for statutory rape, but society generally accepts that (1) these relationships occur and (2) they are less harmful than cases with extreme age differences. Judges may elect to levy a wide array of penalties where appropriate, but they have the freedom to tailor the penalties to the circumstances.

Notably, this discretion was not always present. Until recently, when it came to mandating sex offender registration, judges only had discretion in cases of vaginal intercourse with a minor. This nuance had a chilling effect on the gay community. Gay teens who engaged in consensual sex would be convicted and forced to register as sex offenders. However, California passed SB-145 in 2020, and this new law extended to judges the same discretion that they had for cases of statutory rape involving vaginal intercourse, reducing systemic discrimination based on sexual orientation.

Where the Age Differential Matters In Statutory Rape

Although California does not have a Romeo and Juliet law permitting a sexual relationship with a minor where the parties are close in age, California law does factor in the relative age of the victim and the perpetrator. Depending on whether the parties are within three years of age, the penalties levied differ substantially. Where the perpetrator of statutory rape is within three years of the minor’s age, they are guilty of a misdemeanor. Where the age difference is greater than three years, the perpetrator may be guilty of either a misdemeanor or a felony. This distinction grants the judge significant discretion to alter the penalties for statutory rape based on the particular circumstances of the case.

Facing a charge of statutory rape can be daunting due to the substantial and long-lasting penalties that it might entail. There are many common legal defenses that a defendant might raise in response to this type of charge.

Although ignorance of the law is never a defense, ignorance of the facts can be a powerful one. If the defendant honestly and reasonably believed the victim was over the age of eighteen at the time, then the defendant cannot be held responsible under California Penal Code 261.5. This is known as the “mistake of age” defense, and it can lead to a contentious court battle. The defendant can point to the victim’s statements, their appearance, the circumstances in which they met, etc. To be clear, there is no such defense as “she was asking for it,” but, if under the totality of the circumstances, it was reasonable for the defendant to believe the person was over the age of eighteen, then they cannot be held responsible for statutory rape.

Perhaps the most surprising defense is marriage. Although marriage is not a defense in the event of rape, it is critical in the event of statutory rape. Recall the language of CP 261.5: it unlawful to have sex with someone other than your spouse if that person is under the age of eighteen. In California, a person under the age of eighteen may get married if they petition the court and have the consent of at least one parent or guardian. This means that there is a specific process through which an individual may have sex with a minor without triggering California’s statutory rape law.

Q: Are there related crimes to statutory rape?

A: Yes, there are many crimes under California law that are similar or even directly linked to statutory rape and the age of consent. It is important to understand where these other charges may overlap in order to understand the legal avenues available to both the victim and the perpetrator, including the totality of the penalties that the perpetrator might face. The most significant examples are (1) lewd or lascivious acts with a child and (2) rape. The perpetrator may face charges for any or all of these related crimes, as the circumstances dictate.

Related: Click here for our article on “Indecent Exposure”

Q: Is consent a defense to statutory rape?

A: No. One of the primary distinctions between charges of rape and statutory rape is that consent is not a defense to statutory rape. Why? Statutory rape refers to sex with a minor, and minors cannot legally consent. Even if the minor said yes, was an active participant, and truly wanted to have sex, their “consent” is invalid. This is a blanket rule designed to protect minors, whom California (and many other states) believe are too young to make these types of decisions.

If you or a loved one have concerns about statutory rape and the age of consent, we invite you to contact us at Pride Legal for legal counseling or any further questions. To protect your rights, hire someone who understands them.