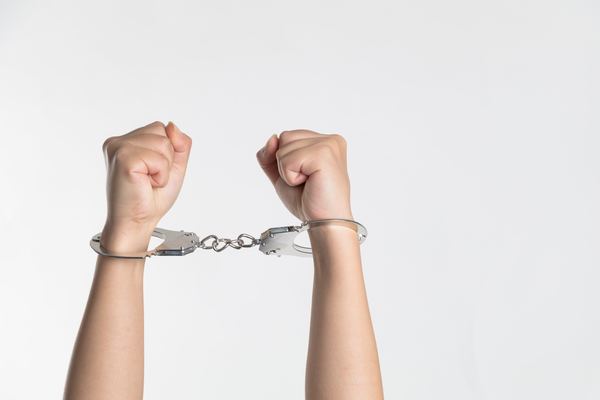 What You Need to Know About Statutory Rape Laws in California

What is Statutory Rape?

Statutory rape is a crime that involves sexual intercourse with a minor under the age of consent as specified by law. In California, state law dictates that it is illegal to conduct any sexual activities with individuals under the age of 18. Regardless of the victim’s consent, sex with a minor is always considered to be statutory rape because minors are statutorily unable to consent to sex. Under California Penal Code Section 261.5, statutory rape crime can charge with a felony or a misdemeanor. The court’s ruling of time sentencing will depend and be determined by the circumstances of each case.

Depending on the varying laws in each state, there are generally two exceptions to statutory rape laws;

Unlike some states, California does not have a Romeo-and-Juliet Law. For example; A 19-year-old male has intercourse with his 17-year-old girlfriend for the first time. This is considered statutory rape in California due to the absence of Romeo and Juliet law. In some cases, a person could become enamored with the underage person, or they develop hate or jealousy towards them, and the underage person could go to the police and file a false claim. False accusations and wrongful arrests have led to the downfall of many innocent people.

The Age of Consent in California

California laws state that any individual under the age of 18 is considered a minor, and therefore unable to consent to sexual conduct. The age of consent may be different depending on your state but generally range from 16 to 18 years old. Any adult engaged in sexual intercourse with anyone under the age of 18 can be charged with statutory rape. Regardless of the adult partner’s age, he or she can be charged with statutory rape.

What if my underage sexual partner told me they were over 18?

California’s strict statutory rape laws mandate that even individuals who were deceived into believing their sexual partner was of age can still be charged with statutory rape. These laws include those who have lied about their age, or even had been in a 21-year-old + bar and had shown you a fake ID (which you thought was real.) Even if the person looks as if they’re over 18 and they turn out not to be, it would still be considered statutory rape in the eyes of California law.

Although these laws may seem unfair, California seeks to maximize the seriousness of rape charges. If one were to be let off the hook for such a charge, a precedent would be set, allowing future rape charges to be taken less lightly. If however the underage person purposely did try to prove that they were over the age of 18 or had shown clear interest with evidence, the prosecutor may charge the defendant with a misdemeanor instead of a felony.

Individuals ask themselves “Can I be charged with statutory rape if I thought my partner was over 18?”. Below are scenarios of sexual conduct that may result in a statutory rape charge:

Penalties of Statutory Rape in California

A statutory rape sentence depends upon the circumstances at hand. Statutory rape is a ‘wobbler’ offense, which means the prosecutor has the ability to either charge the defendant with either a misdemeanor or a felony. The prosecutor will go over the evidence go through three criteria to decide:

The second and third circumstances are up to the District Attorney’s discretion. When determining whether to charge your case as a misdemeanor or felony, the district attorney will weigh factors such as your criminal history and the circumstances of the sexual encounter.

Statutory Rape Charges Outside of California

Some U.S. states have taken actions to protect individuals who were unaware of their sexual partner’s true age. In these cases, factors will be weighed such as the underage partner’s age, the defendant’s age, and the circumstances of the sexual behavior.

If you or a loved one has been accused of statutory rape, we invite you to contact us at Pride Legal for legal counseling or any further questions. To protect your rights, hire someone who understands them.

Q: What is the limitations of statutory rape in California?

Q: What if there was no intercourse, does oral sex count?

A: No. Under California law statutory rape requires you to engage in sexual intercourse with the victim. However, this does not mean it is not a crime. Engaging in oral sex with a minor, depending on the circumstance may lead to charges under unlawful oral copulation (Cal. Penal Code section 288a).

Q: What are the components in order to find an individual guilty of statutory rape under California Penal Code 261.5?

A: In California, if you engage in sexual intercourse with someone who is not your spouse, under the age of 18.

Q: If I am guilty of statutory rape, do I have to register as a sex offender?

A: No. While most sex crimes require sex offender registration, this is not a requirement for an individual who is convicted of statutory rape under California law.

Q: Is it statutory rape if it is done between two individuals that are both minors?

A: It depends. This situation will likely be decided based on each state’s jurisdiction. Although it seems that both parties are open to be charged with statutory rape, it is unlikely. This is due to the fact that it is difficult for prosecutors to determine which party is the victim and find justification on why both parties are not equally guilty for engaging in the same act. Hence, it is not a sexual offense, but unlawful sexual conduct for both sides.