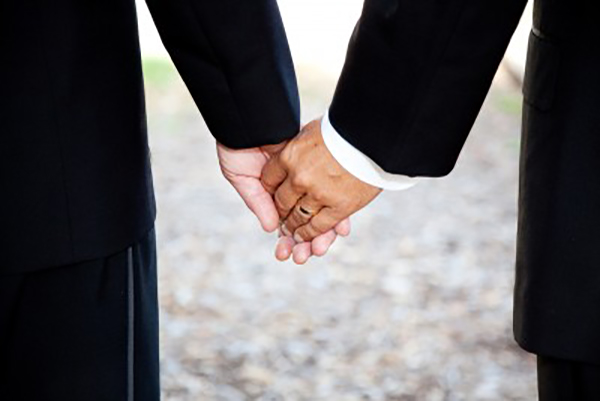 The U.S. Supreme Court’s ruling on Proposition 8 in June 2013 opened the door for same-sex couples to once again become legally married in the state of California. Proposition 8, the 2008 voter-passed ballot measure that barred same-sex couples from marrying, was found to be unconstitutional by the Ninth Circuit Court of Appeals. The Supreme Court refused to hear the case of Hollingsworth V. Perry, ruling that the sponsors of Proposition 8 had no legal right to appeal the Federal Court’s decision. Furthermore, the Supreme Court also struck down Section 3 of the Defense of Marriage Act (DOMA), which prohibited the federal government from recognizing same-sex marriage and denied same-sex married couples any of the federal benefits, protections, and responsibilities afforded other married couples. The court ruled that the federal government must treat all married couples (same-sex couples included) equally and with respect. Same-sex marriages resumed almost immediately following the ruling, on June 28, 2013. If you are considering marrying your same-sex partner, there are some important things to be considered.

Should my partner and I get married?

Marriage is a considerable commitment that shouldn’t be taken lightly. There are significant legal and personal considerations that all couples should think about and discuss before deciding to marry, but for gay and lesbian couples there are additional issues at stake. Married same-sex couples have potential complications that heterosexual couples do not face. Even with the DOMA decision, same-sex marriages are not recognized in most states, which could pose problems if a same-sex couple relocates outside of California in a state where same-sex marriage is not legal. Many issues about how the federal government will handle recognition of same-sex marriage in these states have yet to be determined as the DOMA decision only pertains to the federal government’s stance on same-sex marriage. Also, marriage can impact one’s eligibility for certain public benefits (such as SSI disability benefits, Medicaid, etc.). There are important tax implications that should be considered. Does the couple have or plan to have or adopt children? Are there significant assets that one partner or both partners will bring into the marriage? These are all important considerations that should be discussed, and when necessary, consulting with an attorney may be necessary.

What are some benefits of being legally married?

There are several benefits many couples do not know when they first become married. For one, the couple gets a marital tax reduction, as well as being able to transfer as much money as they please to that person tax-free. The couple may also file the taxes jointly, which would also save money on taxes. If one partner becomes sick and hospitalized, the married partner may take over and may make the decisions if one partner is unable to do so themselves.  Many insurance companies also give discounts and deals to families- and in most cases, married couples are considered families.

Pride Legal helps our clients find skilled and experienced representation in the gay and lesbian community and the community at large. Our network of member attorneys provides service in and around Los Angeles, San Diego and Orange County and throughout Southern California and the rest of the state. Contact a California Gay and Lesbian Family Law Attorney at Pride Legal today!