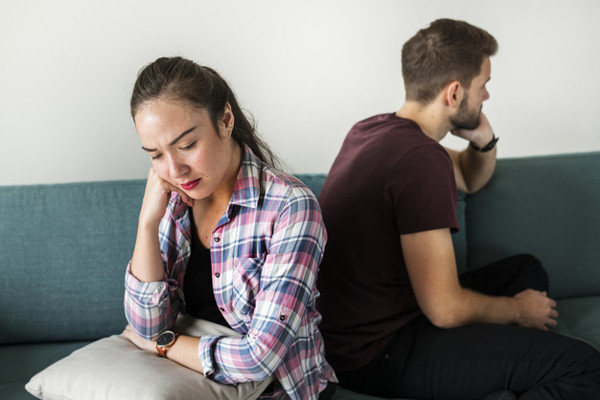 Under California law, all marriages are treated equally. California is also a no-fault state, meaning there’s no need to state a reason why one would want a divorce.

What are the requirements for divorce in California?

To be eligible for a divorce in California, there are a few requirements one must meet. One of you must be living in the state for a total of 6 months and living in the city of which they will be filing in for 3 months. Since California is a no-fault state, you do not need to give a reason why you choose to divorce. In most other states, the person filing for divorce would need to give a reason why, such as adultery. LGBTQ+ divorce in California does not require that.

This is the most common type of divorce. A standard divorce will typically take 6 months (or longer) once the spouse has filed with the court. The procedure could be dragged out if one of the spouses decides to fight. The six month waiting period is mandatory and is set by the court. The whole process could be finished before the six month waiting period, but the court will finalize it after 6 months only.

A couple who has been married for less than 5 years and does not own any property or land may have a summary dissolution. This is the quickest and most simple process for divorce. A summary dissolution will dissolve one’s marriage, and will not have any alimony or any payments. Most couples are not eligible for summary dissolutions, so they must settle for other types of divorce.

How are assets divided in an LGBTQ+ divorce in California?

Since California is a no-fault state, assets are divided equally. In some LGBTQ+ divorce cases, the couple could have been together for 20 years, but have been married only a short time. In these cases, the court could decide to throw out the traditional asset split and give each property or debt to its respective owner.

This is one problem some LGBTQ+ couples face once they decide to divorce. In some cases, some couples will have in-vitro fertilization. In these cases, the biological parent would have total custody over the child. This would also cause the other spouse to pay the biological parent child support. The more common type of custody cases is with adopted children. The state laws are meant to be the same as for heterosexual couples, so the couple must decide to properly take care of the child, or risk having them being sent to their biological parent.

If you or a loved one has been wanting a divorce, we invite you to contact us at Pride Legal for legal counseling or any further questions. To protect your rights, hire someone who understands them.