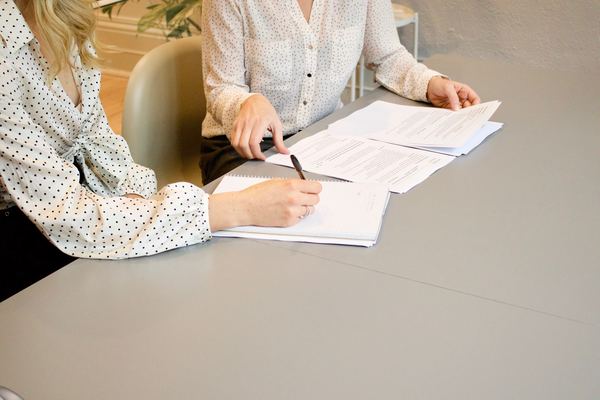 How to Negotiate Contingency Fees with Your Personal Injury Attorney

Contingency agreements are common when a lawyer agrees to represent a client and go after money from who is at fault. The type of lawsuit may be anything from a car accident, breach of contract, an insurance company not acting in good-faith… to almost any other type of case where one is victimized. So sometimes, when you need help and can’t afford to pay for legal representation up front, a contingency fee agreement can greatly help your circumstances. Fortunately, there are many law firms which exclusively use this fee arrangement in a variety of legal matters.

You can discuss a fee reduction at the initial consultation, because you may not be able to negotiate contingency fees after you’ve already signed a contract. Knowing how to better negotiate contingency fees can save you hundreds, thousands, and possibly millions of dollars. Because rarely will an attorney, or any other professional, offer to reduce their fees. However, in most cases, a contingency agreement must express that the attorney’s fee is negotiable between the attorney and the client — not set by any legal statute or law. In other words, the law is designed to promote negotiated contingency fees.

The 3 Elements to a High-Value Contingency Case

Knowing what is a high-value case, and having a basic understanding of liability, damages, and coverage, may find you the leverage you need to negotiate contingency fees with a contingency lawyer.

Liability is defined as the state of being lawfully responsible for something. Basically, if someone is liable, they are at fault.

Before a contingency fee agreement is entered into, a lawyer will consider how easy or difficult it will be to prove liability on the client’s behalf. A lawyer’s calculation is different when working a case on contingency, as opposed to getting a cash retainer for  legal fees.

Let’s look at an example of when liability may be easy to prove. For example, if you were the victim of a rear-end collision. In such a situation, the third party’s insurance company may accept full liability from the start. If the offer-for-settlement from the insurance company is good enough, the lawyer may not even have to file a lawsuit.

Some cases, like medical malpractice, birth injuries, and dangerous drug claims can be extremely complex and require a lawsuit from the start. There may be multiple defendants in the lawsuit who share the liability for the victim’s injuries and suffering.

Complicated cases can also be very expensive to litigate, with extremely high costs for medical and technical experts, as well as extensive discovery. Sometimes, only a few, highly specialized law firms can handle such complicated cases with high costs.

Factors that may create a higher risk for the lawyer include

That is why it may also help to gather and organize a case file prior to a consultation with a lawyer.

If you perform a lot of the work before hiring an attorney, you may have a valid reason for the lawyer to lower their fee percentage. Preparing a case file also helps by making it easier for the lawyer to estimate the value of the case.

Damages basically mean money that can be recovered in the courts when one has suffered loss, detriment, or injury, whether to their person, property, or rights, through the unlawful act or omission or negligence of another.

Damages are meant to compensate for such things as injury, property damage, medical bills,  lost income, and other damages that resulted from whatever issue is at the center of the case.

A high amount of damages is a great point to make when asking a lawyer to consider reducing their fees.

In any event, you can ask the lawyer to provide you with an estimate of the value of the case. It’s important to know all you can about your case and its estimated settlement amount before you sign a contingency fee agreement. Unless your attorney offers to lower their rates, it may be up to you to ask.

But let’s say you had a case where there was a low amount recovered compared to the estimated damages. Some attorneys will agree to reduce their fees when the net amount payable to the client would otherwise be unreasonably low. Although reducing a contractually agreed fee is not required by law, some attorneys believe it’s unfair for their clients to receive so little, especially after all the pain and suffering they’ve endured.

The third is coverage. A lawyer working on contingency is interested in finding out if the other party has coverage. Coverage is basically the ability to pay money. A party can have coverage in a variety of ways. One is insurance coverage.

For example, under California law, drivers are required to carry a minimum amount of insurance coverage in order to drive. But sadly, there are people who can’t afford to drive with insurance and get into accidents. Without other forms of coverage, such as money, assets, accounts receivable, or property belonging to the at-fault party, the victim may have a case where there is inadequate coverage for the legal damages or money, they would be entitled to.

Going after a defendant’s personal assets is a different fight than going after an insurance company’s. Many lawyers are not inclined to accept cases on contingency where insurance coverage is lacking.

In sum, where there is inadequate coverage or only personal assets, one may have a tough time getting a lawyer to agree to a fee reduction.

Repeat, read, and follow us to learn more valuable information on dealing with lawyers.

Call or click Pride Legal for a free and confidential case evaluation. Even if you have an existing matter, one of the independent attorneys will provide you with a free second opinion.

Negotiating Fees At Every Stage

The legal fees can vary depending on the stage at which the legal matter is resolved. Simply ask the lawyer to explain every foreseeable stage of your legal matter. It is possible to negotiate the lawyer’s fee percentage going up if the lawsuit gets closer to trial and more work is being performed.

An attorney’s heavy lifting really gets underway if or when a lawsuit is filed. When a lawyer accepts a lower fee percentage if the case settles early on and it does, the client will end up receiving a bigger piece of the settlement. That’s why a personal injury lawyer commonly charges around 33 percent to settle a claim prior to a lawsuit, and a rate increase to 40 percent if a lawsuit is filed.

But keep this in mind: let’s pretend that you and the lawyer agree to a contingency fee agreement with a fee scale that provides the attorney with a 33% fee if the case is resolved prior to file a lawsuit and 40% after the filing of a lawsuit. In such a case, acceptance of a $45,000 pre-suit settlement may net the client more money than an offer for $50,000 after the filing and costs incurred in the lawsuit.

Also, it is important to understand whether your fees will be calculated before or after costs. For example, let’s say you were awarded $100,000 in compensation with $20,000 in costs and a 20% lawyer fee. If the lawyer’s contingency fees are calculated after costs, then that means your lawyer would be awarded 20% of $80,000, which comes to $16,000. However, if the lawyer’s contingency fees are calculated before costs, then the lawyer would be entitled to $20,000 in compensation.

Keep in mind that cheaper is not always better. Attorneys, like doctors, charge rates that reflect the specialized, professional services they can offer after years of expensive education and training. Time spent working on an injury case that fails in court is a significant loss of income for an attorney, so contingency fees also help protect the financial stability of the law firm against potential losses. After all, you never know what a jury will do. A lawyer with a proven track record of winning big verdicts against insurance companies usually has plenty of clients ready to pay standard contingency fees.

If you or a loved one is seeking a contingency fee lawyer, we invite you to contact us at Pride Legal for legal counseling or any further questions. To protect your rights, hire someone who understands them.