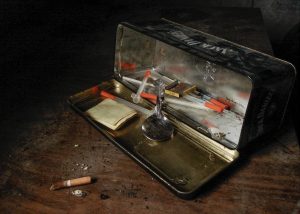 About Drug Charges in California

The State of California is not worried about what drug you possess, but the amount of the drug you possess and what you intend on doing with that drug. Pride Legal’s network of LGBT and LGBT-friendly Drug Defense Lawyers can help protect your rights.

The term “drug” is defined as any substance other than alcohol that can affect your nervous system, brain or muscles. When drugs impair you to the point that you can no longer drive the way you would if you were sober, you are considered “under the influence of drugs.” Generally, individuals are charged with being under the influence or high off of a “controlled substance,” substances that are illegal to possess.

Some of these controlled substances include:

Have you been charged with a drug-related crime? Contact Pride Legal to get in touch with one of our Drug Defense Lawyers today!

Penalties for Drug Charges in California

An offender who possesses small amounts of the drug for personal use and being high will usually receive less severe charges such as 90 days minimum in prison, work furlough, fines, three-year probation, and Narcotics Anonymous. However, the attorneys at Pride Legal can afford you several opportunities that will benefit you; first-time offenders being convicted of drug use and possession can participate in a “drug diversion” program.

This option gives the defendant the opportunity to plead guilty as well as the chance to participate in a three-month drug education course. Successful fulfillment of this program as well as a record free from any other charges for 18 months results in your drug charges being removed and expunged from your record.

Driving under the influence of drugs differs from driving under the influence of alcohol because the investigation is led by a drug recognition expert “DRE” who is trained to diagnose impairment due to drugs. Punishment for a DUID conviction consists of probation, fines, license suspension, jail sentence, or completion of a DUID school. However, the offense may be considered a felony if:

Even those convicted with charges of possession and transportation of larger amounts of drugs for the first time will receive equivalent punishment, most often imprisonment in a state prison. Regarding drug trafficking, courts do have some control over your punishment based on the role you have played in the drug trafficking. Therefore, if you were carrying drugs without knowing, or took the role of a “mule,” the courts may look upon your offense in a more lenient manner. Those who actively participate in any organized transportation or distribution scheme receive the most severe consequences. Such consequences include mandatory time in prison, added charges of conspiracy, and multiple counts of plans to sell.

Have you been charged with a drug-related crime? Contact Pride Legal to get in touch with one of our Drug Defense Lawyers today!

Are you Looking for Strong Defense against Drug Charges?

If you are facing any type of drug charges, whether it be a DUI, being under the influence, or a drug trafficking accusation, contact Pride Legal immediately. Our LGBT-friendly Drug Defense Lawyers are determined to find the optimal way to defend you from the potential penalties of drug charges.

If you or a loved one has been charged with a drug-related crime, we invite you to contact us at Pride Legal for legal counseling or any further questions. To protect your rights, hire someone who understands them.

If you are seeking representation for any type of drug charges, contact a Los Angeles Gay and Lesbian Drug Defense Attorney today.