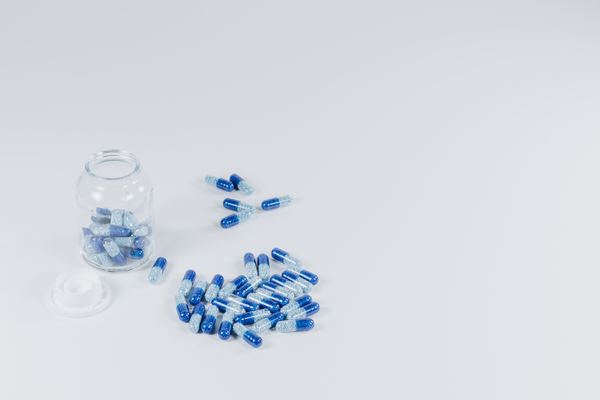 Pride Legal’s network of LGBT attorneys seeks legal accountability from Gilead Sciences and compensation for its victims in a TDF HIV Drug Lawsuit. If you have taken the following HIV medication and experience symptoms of kidney and bone injuries, contact Pride Legal to receive maximum compensation for your injuries:

Gilead Sciences, the pharmaceutical giant of HIV drugs throughout the world, must be legally held accountable for its actions through a lawsuit. The pharmaceutical company has inflicted abusive financial damage and chronic health issues upon its patients. Gilead Sciences manufactures frequently used tenofovir disoprocil fumarate (TDF) antiretroviral drugs, including this the following:

Doctors use these medications to treat millions of HIV infected patients, thousands of whom have complained of chronic kidney and bone injuries. While thousands of individuals claim they were severely harmed by TDF drugs, Gilead Sciences has withheld a more advanced drug from the market. The drug, tenofovir alafenamide fumarate (TAF), is much less toxic than TDF. The pharmaceutical giant allegedly tested TDF in 2002 and withheld it from being released until 2015. TAF is now present in the following prescribed HIV medications:

For 13 years, victims of HIV were forced to take toxic medication (TDF), even though a safer, cheaper drug (TAF) could have been made available. TAF medications require one-tenth the dosage of TDF medications and are much less toxic. Depending on which medication you took and your injuries, you may be eligible for a Truvada Lawsuit, Atripla Lawsuit, Complera Lawsuit, Viread Lawsuit, or Stribild Lawsuit.

In 2001, the FDA approved the first TDF drug: Viread. In the following years, Gilead Sciences introduced new TDF drugs, including Truvada, Complera, Stribild, and Atripla. TDF drugs have been available for HIV victims since 2001, the same year that Gilead Sciences began development of a new, more effective, less toxic version of the drug: TAF. TDF drugs account for of Gilead Sciences’ sales, earning them revenues of $11 billion in 2017 alone. Gilead Sciences allegedly slowed TAF’s clinical testing in 2004. The company waited until 2015 to release the less toxic and less expensive drug, a short time before TDF’s patent expiration in 2018. This has led many to speculate Gilead Sciences postponed the release of TAF solely to maximize its profits.

Gilead Sciences’ TDF drugs allegedly pose a number of severe side effects upon its users, including increased risk of bone fractures and kidney disease. Pride Legal’s network of LGBT attorneys seeks legal accountability from Gilead Sciences and compensation for its victims.

Gilead Sciences raised TDF drug prices by 7 percent, most likely in an effort to maintain its customers. Stribild and Complera, two of the company’s TDF drugs, were raised by 7 percent to $3,469 and $2,508 for a month’s supply, respectively. The company kept its other TDF-based drugs at the same lower price of $2,578 and $2,346 for a month’s supply.

Critics speculate Gilead Sciences raised Stribild and Complera’s prices and kept other TDF drugs’ prices low in an attempt to switch doctors and patients to Genvoya and Odefsey. Gilead Sciences understood Stribild and Complera’s sales would decrease due to patent expiration, so they forced their customers to switch to the recently patented Odefsey and Genvoya. The HIV community was left stunned by Gilead Sciences’ clear attempt to maintain its firm control of HIV-inflicted individuals by manipulating prices.

Am I eligible for a lawsuit against Gilead Sciences?

You may be eligible for a lawsuit against Gilead Sciences if you have HIV and have taken any of the following TDF drugs:

AND have been diagnosed by a healthcare professional with any of the following injuries:

Why should I file an HIV Drug Lawsuit?

Filing a lawsuit against Gilead Sciences may relieve your financial burden and let you focus on your recovery. If you are eligible for a lawsuit, you may receive compensation for:

If you were unable to work and lost income due to your injuries from Truvada, Atripla, Complera Stribila, or Viread, you may be entitled to not only your lost wages but also your expected loss of future income. This can be calculated by a Pride Legal LGBT Personal Injury Attorney, or by a vocational expert.

Pain and Suffering Due to Your Injury

In addition, changes to your life caused by the injury will be valued. When determining such a figure, the jury may ask you questions such as:

“What enjoyable activity can you no longer do?”
“Has your mental health worsened due to the injury?”
“How has this injury changed your life?”

All past, present, and future medical costs due to the injury must be calculated when determining the value of your case. Keep a record of all medical statements related to your injury including medical bills, hospital bills, doctor’s diagnoses, medication, and rehabilitation bills.

Gilead Sciences Must Be Held Accountable

Pride Legal seeks justice for the HIV community. In order to maximize profits, Gilead Sciences took advantage of desperate HIV-inflicted people by manipulating prices and withholding safer medication from the market. Gilead Sciences must be held accountable for its actions in order to set a precedent in the pharmaceutical industry.

If you have HIV, have taken Truvada, Atripla, Viread, Complera, or Stribild and have been diagnosed with a kidney or bone injury, you may be eligible for compensation. Pride Legal’s member LGBT attorneys work pro bono, meaning they don’t get paid unless you receive compensation.

Talk to your physician before stopping any medication.

If you or a loved one has taken Truvada, Atripla, Viread, Complera, or Stribild and have been diagnosed with a kidney or bone injury, we invite you to contact us at Pride Legal for legal counseling or any further questions. To protect your rights, hire someone who understands them.