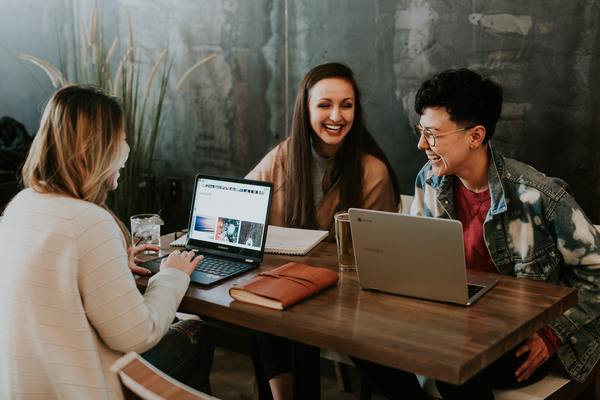 Gender and Race Discrimination In The Workplace

Despite many years of meaningful progress, gender and race discrimination remains a common feature of the workplace for many LGBTQ individuals. Laws protecting individuals from such discrimination are fractured between the federal and state governments, meaning that, on many issues, there is no real uniformity across the United States, even today. California, for example, has made it illegal to discriminate against people on these grounds in the context of employment and housing. The Supreme Court of the United States, however, has a more complicated history, and it only recently determined that the protections afforded under the Civil Rights Act of 1964 extend to gay, lesbian, and transgender individuals.

Where these protections exist, employees that face impermissible discrimination in the workplace based on such protected characteristics as gender or race may sustain a lawsuit against their employer. Therefore, it is critical to identify where these protections exist, when they are infringed, and what the employee can do about it if and when they experience gender or race discrimination in the workplace.

Can an employee be discriminated against based on their gender?

Title VII of the Civil Rights Act of 1964 prohibits discrimination against employees on the basis of sex, among other things. Democrats typically argue that the imperfect language is a result of its time, and, on June 15, 2020, the Supreme Court of the United States largely affirmed this argument in Bostock. The Supreme Court derived protections on the basis of sexual orientation and gender identity from the Civil Rights Act’s use of the word “sex,” finding that “it is impossible to discriminate against a person for being homosexual or transgender without discriminating… based on sex.” Bostock went a long way toward protecting employees against discrimination the basis of their sexual orientation, gender, and gender identity, and members of the related communities should see it as a major victory.

Of course, certain states led the charge toward this victory, often through legislation that carves these protections into the explicit body of law. Under California’s Fair Employment and Housing Act, an employer may not refuse to hire an applicant based on their gender, nor may the employer otherwise discriminate against any employee based on their gender.

Notably, California’s Fair Employment and Housing Act provides a number of protections for Californians that are not clear under Bostock. For example, the California act provides protections for pregnant individuals, and it prohibits an employer from forcing an employee to use an assigned pronoun. Whether Bostock affords quite the same protections remains unclear, and it will surely be adjudicated.

Can an employee sue if male co-workers are being paid more for the same job?

In many instances, an employee should be able to win a lawsuit if they are being paid less than their certain counterparts, all else equal. The California Equal Pay Act prohibits both gender and race discrimination in regard to wages. This act is meant to reduce the pay disparity between men and women, often referred to as the wage gap.

However, in some cases, an employer may pay less to certain employees if the employer can establish a non-prohibited motive. This means that an employer might argue that:

Employers with these systems, among other possibilities, might have the right to pay certain employees less than others, but this is often difficult to establish. After all, most companies pay ordinary salaries or wages. The takeaway is simple: if an employer is accused of violating the California Equal Pay Act, they must prove that sex or gender did not play a role in the differing compensation.

How Can An Employee Be Sure That They’re Being Discriminated Against?

Although there are some obvious forms of discrimination, the world is often complicated, and it is critical to know whether an employee is experiencing unlawful discrimination. Coworkers should pool their knowledge and ask each other how much they get paid in order to expose any glaring issues and ensure fair treatment for everyone. Nonetheless, this remains an uncommon practice, and so it can be difficult to know exactly when an employee is being paid less.

Here are some other examples of discrimination that are harder to see:

How Much Can I Make From An Employment Discrimination Claim?

An employee facing discrimination in the workplace can sue for a number of reasons, and the path to do so is straightforward. When an employee wishes to file a complaint about employment discrimination, they may do so with either the Equal Employment Opportunity Commission or their state’s corresponding department (in California, the Department of Fair Employment and Housing). Attorneys in the chosen institution will review the case and determine whether and how to assist the individual.

What does the employee stand to gain? The payment is dependent on the circumstances of the discrimination and how long it has taken place. Some forms of payment could include:

In some instances, where the unlawful discrimination resulted in the employee’s termination, the employee may also be reinstated. This is often a difficult decision for the employee, given that the lawsuit (1) exposes a culture that harmed them and (2) may dredge up animosity between the employee, their coworkers, and the employer. Nevertheless, it remains a possibility that many employees continue to pursue.

If you or a loved one has been discriminated against in the workplace, we invite you to contact us at Pride Legal for legal counseling or any further questions. To protect your rights, hire someone who understands them.