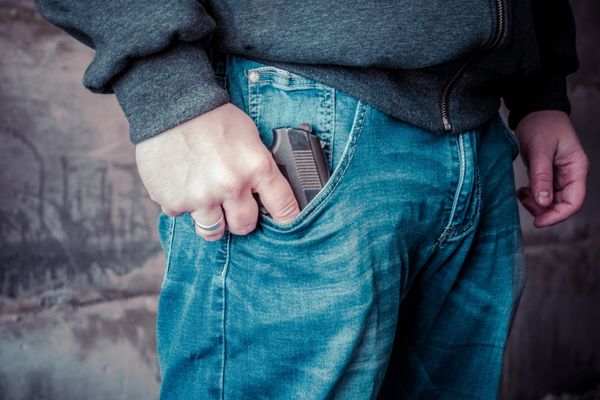 What Is Extortion In California? How Can I Defend Myself?

Extortion, also known as blackmail, can be defined as a threat or a force to compel another person into giving up money or property. Extortion can also be defined as forcing a person or a public official to perform an act, such as threatening a mayor to release information about their affair if they do not publicly come out and do as the blackmailer says. Blackmail or extortion is a felony offense and could land a person with up to 4 years in state prison. Here you’ll be able to understand the basics of what extortion is, and how you can protect yourself if someone is trying to extort you.

What defines extortion? How can it be proved?

To be able to be charged with extortion, a prosecutor would need to prove a few different criteria. First, the prosecutor must prove that the defendant had threatened or forced the alleged victim into the following:

-hurt or injure the person or damage their property

Blackmail also must be proven to be a specific crime that had been planned. The defendant must have had the crime planned, and had a specific result in mind when carrying out the extortion. Additionally, one can extort someone by obtaining their signature or letter.

What happens if someone is falsely accused of extortion?

It’s easy to get falsely accused of extortion. In many cases, the people who are extorting others are typically the same people they have met before. Jealousy, ex-girlfriends or boyfriends, revenge, the list goes on. Proving that the victim knows their blackmailer is a great indicator in whether or not extortion is taking place.

What are the offenses of extortion?

Extortions are serious crimes that involve major punishments. If convicted of extortion, a person could be sent to state prison for up to 4 years and have a fine of up to $10,000. Blackmail crimes are also considered to be moral turpitudes- meaning that people who commit these crimes, tend to commit other crimes and would be unfit for society. Immigrants who extort people could face deportation if convicted. People who are trying to get into the US, whether it be by green card or obtaining full citizenship, could have these luxuries stripped and taken away. Additionally, a person cannot have their blackmail charges expunged.

Q: What is the statute of limitations on extortion?

A: In California, the statute of limitations for extortion is 5 years after the incident had occurred.

Q: Are there other crimes that are related to extortion?

A: Yes, when someone is charged with extortion, they are typically charged with grand theft, robbery, or burglary as well.

Q: How can a person be extorted by a letter or signature?

A: A person could threaten someone by sending them a demanding letter, or stating that they will leak information if they do not comply. A person could also blackmail someone by forging their signature on a document.

If you or a loved one has been involved in extortion, we invite you to contact us at Pride Legal for legal counseling or any further questions. To protect your rights, hire someone who understands them.