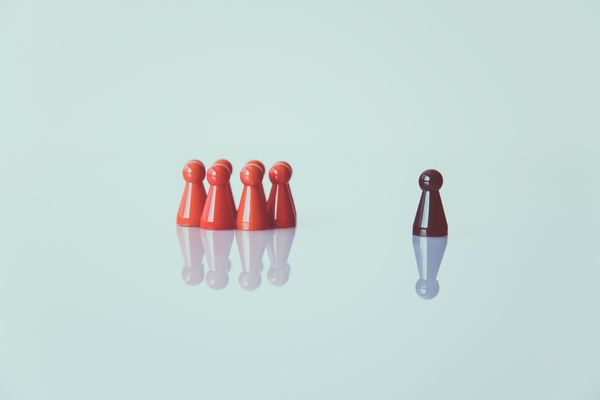 Discriminated Against Because I’m Gay

“My boss discriminated against me because I’m gay.” This statement may be more common than you think. According to a recent study by The Williams Institute at UCLA School of Law, over 40 percent of LGBT employees reported facing unfair treatment at some point in their workplace.

Examples of blatant discriminatory action against an employee include:

Discrimination against an employee for their sexual orientation further includes unwanted and inappropriate comments, jokes, or remarks. An example of this type of discrimination could be an employer’s comments about the employee’s sexual orientation, sex-life, relationship, marriage, or private life. It is illegal for employers to designate different work duties to employees based on their sexual identity.

I was Discriminated Against, What Are My Rights?

First, an employee does not have to disclose their sexual orientation throughout the hiring or employment process unless it is reasonably deemed mandatory (for example, if someone is applying to an LGBTQ-focused company or non-profit). An employee can refuse to answer this question and cannot be denied the job based on this reason.

Second, an employee has the right to file a discriminatory claim without the fear of getting fired. Under the FEHA, employees have protection to file a claim and cannot be fired for:

How To File A Claim

If an employee has been discriminated against within their workplace, they can file a claim with a state administrative agency. In California, it is the Department of Fair Employment and Housing (DFEH)

The steps to filing a claim include:

The DFEH will then look over all the compiled documents and information to conclude if the employer has illegally discriminated against the employee. If there is reasonable cause, DFEH will notify the parties of this determination and inform them that the department intends to file a lawsuit in court. Before the lawsuit, a mediation process provides another opportunity to reach an agreement to resolve the dispute. If the case fails to settle during mediation, DFEH may file its lawsuit in court.

Discriminated Against? Here Are Some Possible Remedies.

If the DFEH proceeds with the lawsuit and the court decide that the employer illegally discriminated, available remedies for such discrimination can include:

How To Prevent Sex-Based Discrimination In The Workplace

If you or a loved one has more concerns regarding gender-based discrimination in the workplace, we invite you to contact us at Pride Legal for legal counseling or further inquiries. To protect your rights, hire someone who understands them.