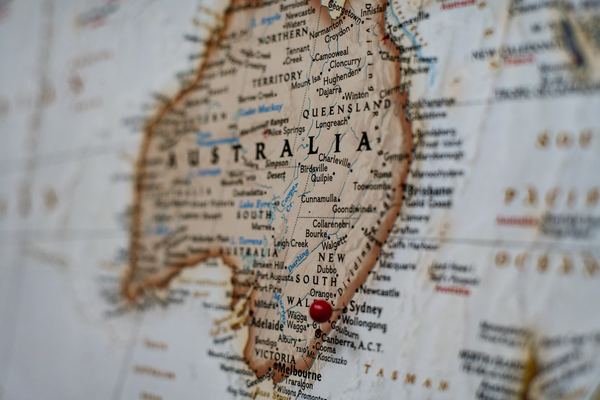 Australia now has its first Bill of Rights – the ACT’s Human Rights Act 2004. This Act will have wide-ranging implications on the way statutes are interpreted in the ACT

On 1 July 2004 the Human Rights Act 2004 (the Act) commenced in the Australian Capital Territory (ACT). The Act will change the way statutes are interpreted in the ACT and may also serve as a precedent for other jurisdictions, such as Victoria.

Any advice being given by solicitors to their clients involving interpretation of an ACT statute should consider the application of the Act.

The Act is an Act of the ACT Legislative Assembly which recognises fundamental civil and political rights in territory law. In particular, it requires that:

The scope of the Act is limited to ACT laws and will not affect the operation of any commonwealth Acts or any powers exercised under such laws.

The Act does not create a new cause of action for persons to submit that their human rights have been breached. The purpose of the Act is to introduce “new duties on the executive and the legislature … and place limits on government action”.[1]

The rights protected in the Act are based on the rights contained in the International Covenant on Civil and Political Rights,[2] which Australia has ratified. They include the right to equality, life, protection from torture, privacy, freedom of movement, freedom of expression, freedom of religion, a fair trial etc.: ss8-27.

The protected human rights can only be subject to reasonable limits set by ACT Acts and statutory instruments and then only if the limits can be “demonstrably justified in a free and democratic society”: s28.

Economic, social and cultural rights are not contained in the Act but may be included after the mandatory one year review: s43.

Interpretation of statutes and government decisions

Perhaps the most important provision of the Act provides that in “working out the meaning” of an ACT law, an interpretation that is consistent with the human rights contained in Part 3 of the Act is as far as possible to be preferred: ss5 and 30.

This is subject to s139 of the Legislation Act 2001 (ACT) which is to the effect that a purposive definition is to be preferred to any other. Therefore, subject to this qualification, where there is a choice between two interpretations that achieve the purpose of an ACT law, the interpretation consistent with human rights must prevail.

Section 31 of the Act provides for a liberal definition of human rights by allowing the courts, in interpreting human rights, to have recourse to international law and the judgments of foreign tribunals and courts.[3]

Moreover, all decision makers authorised to act by a statutory instrument must consider human rights when interpreting the law and a statutory discretion must be exercised consistently with human rights, unless the relevant statute specifically indicates otherwise.[4]

The Supreme Court of the ACT may declare that a particular law is incompatible with the human rights contained in the Act: s32.

Such a declaration does not affect the validity, operation or enforcement of the law or the rights or obligations of anyone. However, the Attorney-General must prepare a response to the declaration and table it in the Legislative Assembly.

The declaration may therefore put pressure on the government to amend the relevant statute, although there is no obligation for it to do so.

Many solicitors and clients may not realise the extent to which this interpretative function of the Act could impact on clients with operations in the ACT. The examples and discussion below demonstrate the potentially far-reaching implications of the Act on, for example, corporate clients which operate in the ACT.

In the UK, where a similar Act exists,[5] the introduction of a Bill of Rights has had an impact on commercial areas as diverse as planning, financial services regulation and consumer credit.

In one case, a section of the Consumer Credit Act 1974 (UK) was found to be incompatible with the UK Bill of Rights because it rendered loan agreements unenforceable which did not comply with certain prescribed conditions.[6] The court found that this breached the right to a fair trial because it constituted a disproportionate restriction on a lender’s right to have an agreement enforced by a court.

In that case, the court made a declaration of incompatibility which recommended that the UK Parliament amend the law. However, another option open to an ACT court in a similar situation would be to interpret that Act’s provisions so that they complied with the Act. The practical effect of such an interpretation could be to change the widely accepted meaning of the law.

The Act provides a liberal definition of “interpretation”. Section 30(3) gives the courts and statutory decision makers a wide mandate to interpret legislation in a manner consistent with the Act, not just when there is an ambiguity, but when “confirming or displacing the apparent meaning of the law” or “finding the meaning of the law in any other case”.

In another UK case, the House of Lords recently demonstrated the power of interpretation by interpreting the term “spouse” to include same-sex partner, despite relatively clear legislative intent that the term be restricted to a heterosexual partner.[7] The relevant Act stated that “a person who was living with the [individual] as his or her wife or husband shall be treated as the spouse.[8]

A failure to consider human rights when making a statutory decision may constitute a failure to take account of a relevant consideration or result in an error of law and be challengeable under the Administrative Decision (Judicial Review) Act 1989 (ACT).[10]

A Bill of Rights in other jurisdictions?

In the longer term, the Act may function as a precedent for other Australian jurisdictions. Victoria has already signalled its intention to consider a Bill of Rights. In the Justice Statement, released by Attorney-General Rob Hulls on 27 May 2004, the Victorian government indicated it proposes to consult about the possibility of instituting a “Charter of Rights”: “the government proposes to investigate this matter through a process of consultation and discussion with the Victorian community about a charter of human rights and responsibilities”.[11]

In South Australia, a Private Members Bill has been introduced into the Legislative Council proposing a Bill of Rights, largely modelled on the Act.[12]

The Act was established after a lengthy process of consultation, which took place through a Consultative Committee chaired by Professor Hilary Charlesworth.[13]

This consultation model may well be used in other jurisdictions. Other options are to instruct:

In my opinion, a consultative committee, composed of members of the public which is more removed from government, will be better equipped to conduct effective community consultation about whether to adopt a Bill of Rights and if so which model.

Victorian Attorney-General Rob Hulls has recently indicated that he supports such a model of consultation and that a Victorian Consultative Committee is likely to be established early next year.[16]

The Victorian Consultative Committee should be given sufficient funding and wide terms of reference to enable it to:

Critical aspects of a Bill of Rights

Specific controversial issues that will need to be considered by Victoria and other jurisdictions include whether:

In my opinion, Victoria should not reject the findings of the Consultative Committee as in the ACT. It should adopt a Bill of Rights which includes economic, social and cultural rights, given that Australia has already recognised the universality of such rights internationally.[17]

Moreover, it is arguable that these rights, such as the right to housing, adequate food and safe working conditions, are more important than civil and political rights. Community consultation about human rights has revealed that most people list economic, social and cultural rights as the most important human rights.[18]

Finally, a cause of action is necessary to enable individuals whose rights have been transgressed to seek redress. The most shocking violations of human rights in our society are often perpetrated against those most vulnerable, such as indigenous people, disabled people, people with psychiatric disorders, asylum seekers or prisoners.

Such marginalised individuals need a formal mechanism to complain of breaches to their human rights and to seek societal change.

The Act has been greeted as a “weak” and “unassuming” Bill of Rights.[19] However, such a view may underestimate the impact the Act could have on other legislation by way of interpretation.

Hopefully, the Act will also demonstrate to the Victorian government and other jurisdictions that implementing a Bill of Rights is feasible and that a community based consultation process is possible.

If you or a loved one is in search of an LGBT-friendly attorney, we invite you to contact us at Pride Legal for legal counseling or any further questions. To protect your rights, hire someone who understands them.

[3] The effect of s31 seems to be that the following jurisprudence might be considered by ACT courts: decisions by the courts in the UK, Canada and New Zealand interpreting their respective Bills of Rights; decisions by the UN Human Rights Committee; and decisions of the European Court of Human Rights.

[9] Elizabeth Kelly, “How does the ACT HRA protect human rights?”, note 1 above.

[11] Chapter 4 of the Justice Statement, which contains the discussion of a Charter of Rights, can be found at: http://www.justice.vic.gov.au/CA256902000FE154/Lookup/JusticeStatement2004/$file/Protecting.pdf, p53.