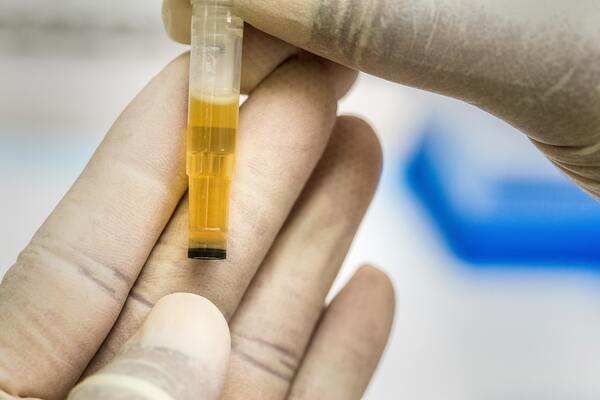 Employee Drug Tests in New York: Can You Refuse?

Employee drug tests are considered ordinary in American offices today. However, this was not always the case. Mass drug screening was not the norm before 1986 when President Reagan issued Executive Order 12564. In short, the executive branch created executive Order 12564 to pave the way for drug-free workplaces by demonstrating that employers do not have to tolerate drug use in the workplace.

The rationale behind the order was that using illegal drugs, both on and off duty, would hurt the efficiency of federal agencies and institutions. In addition, using illicit drugs would impede workers’ reliability, stability, and sound judgment. The order adds that employees are responsible for themselves, including changing their behavior and active rehabilitation.

Finally, Section One (1) of the Order ends with Reagan’s proposed procedures for creating a drug-free workplace. He orders the following federal rules to abide by:

As a part of Executive Order 12564, executives must establish a program that tests for the use of illegal drugs. The head of each agency holds power to regulate the extensivity and criteria of drug testing. This director also exercises the right to drug test an employee under the following conditions:

The head of an agency can drug test an employee if they fall in one of the three above categories. Employers must follow some procedures if they decide a drug test is necessary. First, the agency must notify the employee 60 days before the drug testing program. Also, before the drug test, the employer must inform the employee of the opportunity to submit medical documentation demonstrating the need for any specific drugs. Next, drug testing procedures must allow employees enough time to submit a request for retention of their records. Test results, medical records, and rehabilitation records must also be confidential. In addition, any test that requires urine samples must allow for individual privacy.

Certain drugs are allowed for use in the state of New York, as long as they do not impair the performance of employees. Alcohol, for instance, is a legal drug in New York. In March 2021, the state passed the Marijuana Regulation and Taxation Act (MRTA). Therefore, employers cannot discriminate against employees based on their legal marijuana usage. Legal usage implies that the employee is over 21 years of age, is using marijuana outside of the workplace, is using marijuana outside of work hours, and is not affiliated with the employer’s property. In addition, the employer cannot test for cannabis unless they are permitted to do so under Labor Law Section 201-D. This law states that an employer can legally drug test an employee for cannabis use under three circumstances:

Can You Refuse a Drug Test?

Most employees are protected under New York law to refuse a drug test. In addition, employers cannot legally administer a drug test unless they have reasonable suspicion. Certain occupations require mandatory drug testing, however. For example, drivers of commercial vehicles must undergo a drug test as a requirement for their position.

What consequences are there for employees who are drug users?

Using legalized drugs, such as alcohol or marijuana, does not become a problem unless being under the influence hinders an employee’s work performance. However, using illegal drugs such as cocaine, LSD, and heroin renders an employee subject to disciplinary action. In addition, such employees are referred to an Employee Assistance Program (EAP) to receive appropriate rehabilitation and treatment. The EAP was created to enhance employee well-being and improve morale in the workplace. If the employee is on probation when they fail their drug test, the probation administration office will revoke their probation. Failure to refrain from illicit drugs and revocation of probation can lead to jail or state prison.

Is it okay to engage in drug use after work hours?

Yes, it is okay for an employee to use drugs as long as they are legal in New York. Therefore, the recreational use of alcohol and marijuana is legal after work hours. “Work hours” refers to any time an employer expects an employee to engage in work, including paid and unpaid breaks. Employers may still penalize drug distribution, sale, or possession during work hours.

What penalties are there for an employer who discriminates against legal drug engagement?

A violation of New York laws allows the court to impose a fine of $300 on the employer for their first offense. This figure rises to $500 for each subsequent violation

If you or a loved one are facing an employee drug test in New York, we invite you to contact us at Pride Legal for legal counseling or any further questions. To protect your rights, hire someone who understands them.