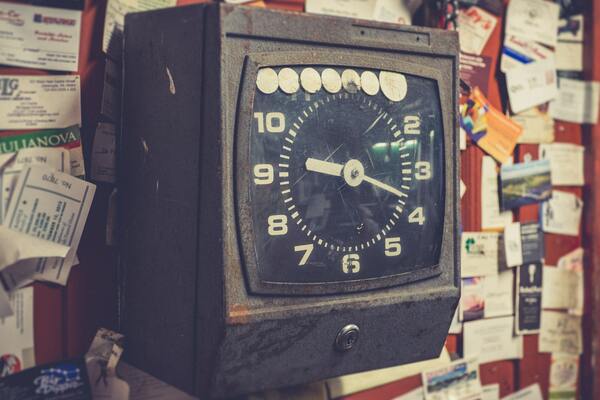 Employers determine overtime pay based on how much an employee makes whether it be minimum wage or a higher hourly rate. The minimum wage in Florida is a few dollars higher than the federal minimum wage, with the rate held at $10.00. For reference, the federal minimum wage is $7.25 an hour. In addition, the mandatory cash wage for tipped employees in Florida is $6.98 an hour. These numbers will also increase throughout the following years, likely at a dollar a year. Florida citizens voted to implement these adjustments in November 2020, when they passed Amendment 2.

While the minimum wage for standard hours is $10, any employee who works overtime is legally entitled to increased compensation. In Florida, overtime pay is also known as “time-and-a-half pay” because employees earn 1.5x their hourly rate for every overtime worked. Overtime is generally applied when an employee’s work exceeds 40 hours a week. For manual laborers, working past 10 hours in a single day renders them eligible for overtime during those extra hours.

According to guidelines set by the Fair Labor Standards Act (FLSA), many occupations qualify to receive overtime payments. Manual laborers such as construction workers, cashiers, truck drivers, and plumbers receive protection under overtime pay laws. All first responders such as paramedics, nurses, and firefighters are also covered. According to Labor law resources, this is because first response occupations often have demanding schedules, and employers may overwork their employees otherwise.

An executive position is one in which the primary, full-time responsibility of the worker is to manage two or more employees. Workers who hold an executive position cannot spend over 20% of their working hours engaging in other activities, and this limit rises to 40% for executives in the retail industry. Executive positions must also be salaried.

An administrative position is one in which the primary work is handling business operations, administrative training, or management policies. This work must also be non-manual. Like executive positions, workers who hold an administrative role cannot spend over 20% of their working hours engaging in other activities, and 40% for administrative workers in the retail industry. In addition, workers must be salaried.

A professional position is one in which the worker’s primary duties require extensive education and expertise in the field. Such fields include jobs such as accredited teachers and computer professionals. The professional requires a profound use of intellect, judgment, and understanding. Workers in a professional position cannot spend over 20% of their working hours engaging in other activities.

An outside sales position is one in which the primary responsibilities occur outside the immediate workplace, such as the main office. Outdoor sales workers often handle making sales or taking orders from customers. Workers in an outside sales position cannot spend over 20% of their working hours engaging in other activities. They can receive payment in either a salaried or commission-based structure.

Aside from the four main categories, farmworkers on small farms, babysitters, and certain other groups are also exempt from overtime pay. One should speak with their HR representative if they are unsure whether their position is exempt.

Suing an Employer for Withholding or Refusing Pay

The employer may be required to compensate for unpaid wages, partial attorney fees, and liquidated damages if the judge rules in favor of the employee.

However, the judge may rule in favor of the employer if the defense provides a strong argument that the actions were in good faith. In this case, the judge can eliminate or reduce the number of liquidated damages.

If you or a loved one are due overtime pay, or an employer is violating wage and hour laws, we invite you to contact us at Pride Legal for legal counseling or any further questions. To protect your rights, hire someone who understands them.