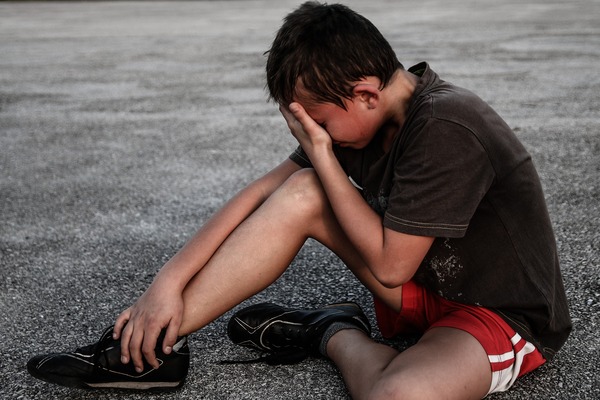 Each state in the US has its own version of Child Protective Services (CPS). New York’s version is known as the Administration of Child Services (ACS), and the Office of Children and Family Services (OCFS) administers it. All of these programs stem from the Child Abuse Prevention and Treatment Act, which the federal legislature passed in 1974. Through this act, states are given funding and guidance on implementing child protective services within their state. Therefore, when one is dealing with their state’s form of CPS, it is important to remember that they follow both state and federal guidelines when it comes to child removal.

Child Neglect and Abuse: How Does It Affect Child Removal?

Child neglect can range from not feeding a child to leaving the child alone with no supervision for hours. Neglect occurs if there is a lack of proper parenting and care to the point where it puts the child in danger physically, mentally, or emotionally.  Child abuse occurs when a perpetrator intentionally harms a child physically, emotionally, or sexually. Any behavior that falls under either category may be grounds for child removal from the home and possibly severe legal consequences for the adults involved. Not only are these cases a violation of family law in New York, but they can also result in criminal charges such as Child Endangerment.

New York legislature established the New York State Child Protective Services Act of 1973 to organize an institution where case workers thoroughly investigate child abuse and neglect reports. Its purpose is to protect children from abuse, neglect, and  any further exploitation. Offices for Child Protective Services exist in all counties of New York as well as other states. However, child removal cases typically involve only the CPS office of the state one resides within. The exception to this is if reports range from multiple states or a parent absconds from another state with a child.

The Child Abuse Prevention and Treatment Act was the basis of Child Protective Services throughout the country, allowing states to receive grants each year to prevent child abuse and neglect and enforce child protection laws within their justice departments.

The New York State Social Services Law and the Family Court Act aim to target abuse in a familial context, meaning the offenders are those who live with the child either temporarily (foster care) or permanently. In some cases, the court may consider specific acts of child abuse and neglect criminal if the child has significant injuries. Additionally, criminal charges listing the child as present can trigger an investigation by CPS.

Child removal typically requires a court order in New York. However, if Child Protective Services officers identify clear and immediate threats to the child, they will proceed with child removal prior to a judge’s court order. If they remove a child from their home without charge, they must file a petition in Family Court immediately.

Another agency involved with child services is the New York Administration for Children’s Services. This agency is responsible for providing child welfare, education, and juvenile justice services throughout the community. They also aim to provide services that prevent family separations in some instances.

If CPS is going to remove the child from their home, they will initially seek out relatives and family friends who may be able to care for the child while the parties settle any pending legal worries or actions. The child will only be sent into the foster care system if there are no other relatives or friends who may pass the state safety inspections or cannot care for the child.

In cases where the child’s safety is not in immediate danger or the situation is not necessarily unsustainable, CPS may get court-ordered supervision, essentially monitoring the home where the child stays in compliance with the court order until the court finds the matter resolved. These orders may also involve participation in counseling sessions.

If an ACS case worker contacts the parent(s) regarding an investigation, another person or establishment likely raised concern that the child in their care is either suffering neglect or abuse. It is important to note that anything said to a case worker can be evidence in a court of law. Therefore, it is recommended that one retain legal counsel if they fear they are at risk of child removal. While not all complaints are grounds for removal, it is in one’s best interest to contact a family lawyer if they have custody concerns. While CPS and authorities will not inform the parent who the reporter is. Once ACS goes through the process of opening the investigation, there are many steps before the actual removal, if it is even applicable for that case.

If someone reports any of the reasons below to CPS, they will begin the investigation no later than 24 hours after the report:

The investigation typically includes home visits to assess the child’s living standards, questioning teachers, inquiring with caretakers, and occasionally following up with family doctors. The complete analysis should take no longer than 60 days. The investigation report will indicate if the evidence points to heavy signs of abuse or neglect. However, CPS will continue to offer alternatives to removal if the parent is willing to cooperate with options such as counseling, supervision, and sometimes rehabilitation.

There are local organizations and resources for child abuse victims throughout New York and neighboring states. One may also call 311 for help finding nearby counseling, family, and preventative services. If one suspects a case of child abuse around them, they may report it to CPS NY at 1-800-342-3720. CPS will thoroughly investigate all reports, so taking extra precautions and documenting any suspicious behavior may benefit the child’s well-being.

If you or a loved one has been seeking child custody or have more Child Protective Services questions, invite you to contact us at Pride Legal for legal counseling or any further questions. To protect your rights, hire someone who understands them.