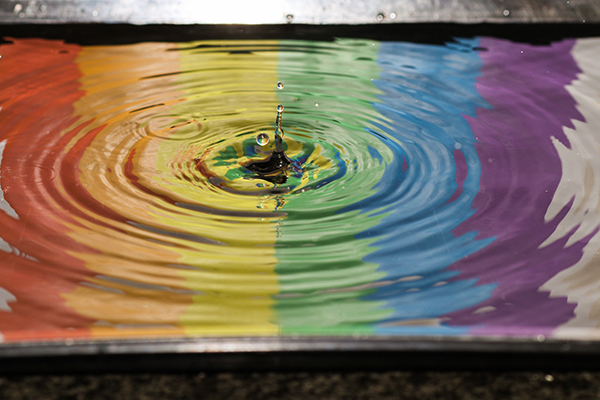 The mindfulness of Los Angeles neighborhoods and communities has pushed away from the traditional chains of gender roles, embracing free modes of living, especially in marriage. Tara Parker-Pope, a writer at The New York Times, says gay marriages “tend to be more egalitarian, in part because same-sex couples don’t divide work along traditional gender lines” (Gay Marriage: Same, but Different – The New York Times). Let us take a look at the legalities of gay divorce.

Even so, same-sex marriages are contemporary in comparison to the millennium-old institution of heterosexual marriage. Although same-sex couples generally receive the same benefits that straight couples receive, they still juggle much bureaucracy when attempting to have certification.

LGBT family law has granted benefits to same-sex couples, but what happens during a gay divorce? On the one hand, there are reports of higher levels of intimacy and happiness between gay couples, making the divorce rate lower between same-sex couples than opposite-sex couples. Studies show although gay couples are generally “happier” they also have a high separation rate. The findings seem to conclude that the reason for higher breakups in gay couples is due to external reasons such as family pressure, children, finances, and societal conditioning.

According to UCLA report, almost 50,000 of the 64,000 gay couples in the US got married. That’s a dramatically large percentage in comparison to the number of heterosexual couples who get married. The same study found that “first-wave gay marriages have proved more durable than straight ones, that’s not expected to last.” What does that mean?

Oddly enough, gay marriage has a high divorce rate because it is new. Many individuals were able to get married, and the opportunity being novel brought along a lot of attention. It can be assumed that this statistic will change once the novelty of marriage dissipates, and young, impulsive couples stop having shot-gun weddings.

Divorce is supposed to provide a safe haven where rules and guidelines are established to keep people from letting go of their emotions and acting on impulse and desire. Divorce attorneys are supposed to be like the mediators or referees, calling shots and keeping the game clean.

The novelty of gay marriage has generated different laws in each state, laws which are then interpreted dramatically different by state policies and mindsets which differ from borderline to state lines. Jesse Green’s amazing piece, “From ‘I Do’ to ‘I’m Done’” traces several histories of gay couples, and notes, “for gay couples, the promise of marriage is still so new and incomplete that the idea of matrimonial courts, equitable settlements, and all the rest barely register. How do you process the undoing of a bond that until a moment ago in history you were not allowed to form” (The Gay Divorcees: From Marriage Equality to Divorce …). In this train of thought, LGBT divorce resembles heterosexual divorce from the early 1900’s.

Current laws regarding gay marriage and divorce are in flux. Though the US has recognized and legalized gay marriage, they still may hold multiple statuses. Therefore, as either a lawyer or an individual attempting to get a divorce, you’ll need to understand the legal ramifications that are present in your state’s jurisdiction.

Los Angeles might be a leading city in innovative and open-minded thinking, however, individuals going through breakups will find that emotional conflict makes it more difficult to bring about any resolution, especially an equitable one.

Gay divorce has been legalized in California since 2008, but has been difficult to define until 2013 when same-sex marriage was finally legalized countrywide.

Divorce is hard on children for multiple reasons, and in California sheer size of the state alone, can determine whether or not you see your child again. Child custody disputes are painful, and no longer side with mothers, especially when facing the problematic conditions of same-sex partnerships. If the parents in question cannot agree on joint physical custody, then the court must determine several factors to finalize their decisions.

Though both spouses in a same-sex marriage can potentially make equal contributions to the family’s total quality of life, one might provide more financial support for the other. Regardless of gender identity, if one spouse has been supporting the other, it might be deemed necessary to continue this support for a period after the divorce. In California, this is called, “spousal support”: a reasonable system to defer financial instability immediately after a marriage ends. Several key factors are taken into consideration before making this decision.

It will be a challenging experience to break apart a marriage, especially one which is new and fragile since the legalization of same-sex marriage. California divorce laws state that to even be considered for divorce you will need to prove your 6-month minimum residency, as well as the place you may move after. If you are a same-sex couple that got married in California but do not reside in California, you need to check the laws of your state. You must file for divorce in the county in which you got married, otherwise, the court might not be able to make exact orders regarding your property, debt, partner support, and children.

California Divorce Lawyers for the Needs of the LGBT Community

Pride Legal has excellent LGBT divorce attorneys in our network that serve the Los Angeles, Orange and San Diego County areas. Your selection of divorce attorneys is a crucial part of the process you are facing. You will need someone you can trust that will protect your legal rights and those of your family.

Need to discuss the possibility of divorce? Contact a California Gay and Lesbian Divorce Attorney at Pride Legal for more information about your options.